3 Servant Leadership Examples in the Bible — Moses, Esther and Peter

When Jesus and His disciples came to the town of Capernaum, He asked them about a dispute they had on the way.

They were arguing about who would be the greatest, and Jesus took the opportunity to speak about true leadership — the concept of servant leadership.

And He sat down,
called the twelve,
and said to them,

“If anyone desires to be first,
he shall be last of all
and servant of all.”

But what is servant leadership, exactly?

The concept isn’t fully defined in Jesus’ words or any other simple phrase.

Rather, it’s illustrated and illuminated in His life and ministry, and that’s where you should start if you want to become a more effective leader.

Of course, there are other servant leadership examples in the Bible that can help you along the way.

By studying other godly men and women who demonstrated the core qualities of a servant leader, you can better appreciate their triumphs and struggles, as well as your own.

3 Servant Leadership Examples in the Bible

Here are three people who stand out as servant leadership examples in the Bible.

If there is a prophet among you,
I, the Lord, make Myself known to him in a vision;
I speak to him in a dream.

Not so with My servant Moses;
He is faithful in all My house.

I speak with him face to face,
Even plainly, and not in dark sayings;
And he sees the form of the Lord.

Why then were you not afraid
To speak against My servant Moses?”

Moses withstood incredible opposition in his time as a leader.

In this passage, his family came against him, and Aaron and Miriam questioned if God had spoken through him.

That question was put to rest convincingly when God called Moses something few other people in all of Scripture are called — His servant.

No one in the Old Testament received the esteemed title more than Moses.

It’s important to keep in mind that Moses only spoke in Numbers 12 to beg God to have mercy on the very people who questioned his status and integrity.

And a similar thing happened in Exodus 32, when the people he led abandoned their faith in God to make a golden calf that they worshiped and sacrificed.

The background is arguably even more irreverent toward Moses than the event with Aaron and Miriam.

The Israelites formed their plan because “the people saw that Moses delayed coming down from the mountain” and told Aaron:

“Come, make us gods that shall go before us;
for as for this Moses,
the man who brought us up out of the land of Egypt,
we do not know what has become of him”
(Exodus 32:1).

There are a few remarkable things happening in that passage.

First, Moses was delayed because he went to the mountain — for 40 days and 40 nights, with no food or water (Deuteronomy 9:9) — to receive God’s plan for Israel.

And finally, of course, the idea is misplaced, as God, not Moses and not a golden calf, helped Israel escape slavery.

God was rightfully angered with the Israelites and told Moses to leave Him alone, so He can destroy them and make a new nation with Moses.

But Moses interceded to plead for his people.

And later, when dealing with the consequences of the golden calf incident, Moses interceded again.

This time, he asked God to

if He won’t forgive their sin.

Moses risked his life in this world and the next for the possibility of the Israelites’ salvation.

Moses stood up for others and put his life on the line for them.

In another example of powerful leadership, he received and accepted godly wisdom from Jethro, his father-in-law (see Exodus 18).

It’s clear that Moses exhibited many qualities of a servant leader, making him one of the most obvious candidates for servant leadership examples in the Bible.

Go, gather all the Jews who are present in Shushan,
and fast for me;
neither eat nor drink for three days,
night or day.

My maids and I will fast likewise.

And so I will go to the king,
which is against the law;
and if I perish, I perish!

After receiving godly wisdom from Mordecai, who adopted the young Jewish girl as his own, the girl who became queen of Persia overcame her fears to fight against the plan to rid the empire of Jewish exiles.

Esther was willing to die for her people.

What Esther did may not be one of the more popular servant leadership examples in the Bible, but it exhibits two critical qualities of a servant leader that Moses fulfilled.

She was receptive to wisdom and put her life on the line for the people she led.

She was receptive to wisdom and put her life on the line for the people she led.

Something else happens in the passage that warrants mentioning: Esther began asserting herself by telling Mordecai that she wanted the people to fast for three days. That’s important in two ways.

Esther was a woman of God who was willing to make the ultimate sacrifice for her people.

Her growth in a few short chapters and the rest of the book reveal many important qualities of a servant leader.

The elders who are among you I exhort,

I who am a fellow elder
and a witness of the sufferings of Christ,
and also a partaker of the glory that will be revealed:

Shepherd the flock of God which is among you,

not by compulsion but willingly,
not for dishonest gain but eagerly;
nor as being lords over those entrusted to you,

but being examples to the flock;

and when the Chief Shepherd appears,
you will receive the crown of glory
that does not fade away.

Peter’s transformation from an impulsive and inconsistent leader of the disciples — see his reactions to Jesus’ teachings and suffering (John 13:6, 18:20–27) — to a more charismatic leader in John 21 is worthy of in-depth study.

So too is the follow-up in Acts 2–4 and the rest of the book.

The featured passage from 1 Peter reflected the disciple’s growth into a full-fledged servant leader.

He identified himself as a “fellow elder” to the leaders of the church, demonstrating the community they all shared as spiritually mature leaders.

And, just like Christ expressed Himself as the True Shepherd in John 10, they were all shepherds of the flock God has entrusted to them.

The responsibilities that Peter listed in a few verses function as critical qualities of a servant leader.

Those outward responsibilities join with an inward motivation of willingness and eagerness, and certainly not for money or power.

The responsibilities that Peter listed in a few verses function as critical qualities of a servant leader.

Look at Peter’s life and ministry to see how those aspects transformed his ability to serve God as an effective leader.

The same could be said for Moses, Esther, and several other servant leadership examples in the Bible.

Originally published at https://online.point.edu on March 31, 2021. 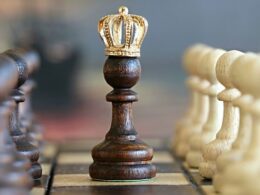 What Is a Christlike Leader (A Servant Leader)?

Perhaps the most challenging aspect of Christlike leadership is Jesus’ teaching on servanthood. “The Son of Man did…
byJoaquim Cardoso 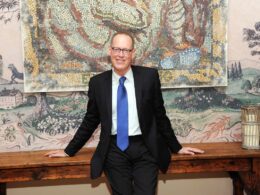 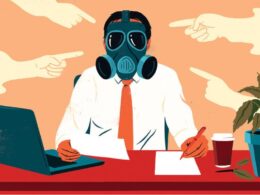 Fixing a toxic work culture: Guarding against the ‘dark triad’ 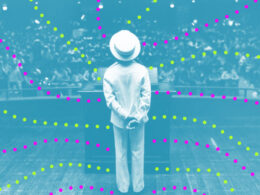 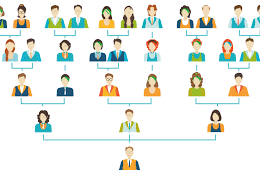 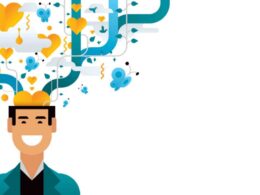 Give Yourself a Break: The Power of Self-Compassion

Harvard Business Reviewby Serena ChenFrom the Magazine (September–October 2018) Idea In Brief The Problem When we experience a setback,…
byJoaquim Cardoso 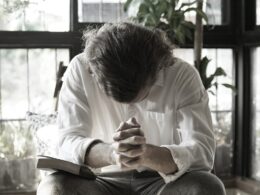 5 Biblical Ways to Not Become a Corrupted Leader 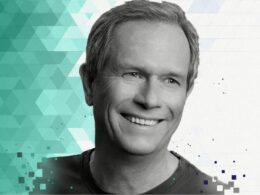 Why Building an Ethical Culture Must Start at the Top.

Integrity must be a priority for leadership if it’s to be taken seriously companywide. MIT Sloan Management ReviewRobert…
byJoaquim Cardoso