A brief introduction to automation and AI in Health Care.

Part 1 of: How do we get the best out of automation and AI in health care?

This is an excerpt of the paper in the sub-title above, focused on the topic of the title of this paper.

Automation is the use of technology to perform rule-based tasks with minimal human input.

Encyclopaedia Britannica describes it as ‘performing a process by means of programmed commands combined with automatic feedback control to ensure proper execution of the instructions’,[4] while the International Society of Automation defines it specifically as ‘the creation and application of technology to monitor and control the production and delivery of products and services’.[5] While automation typically involves the execution of tasks previously done by humans, this is not necessarily a defining feature, with increasingly sophisticated technology enabling the automatic performance of tasks humans could not do, such as rapid analysis of large datasets.

Automation is a major theme in discourse about changing labour markets and the future of work.

For many tasks, automated systems have the potential to improve on human performance, by reducing errors and improving productivity,[6] and analysis conducted in 2019 by the Office for National Statistics (ONS) found that around 1.5 million jobs in England were at high risk of having some of their duties and tasks automated in future.[7] This report will look at both the potential automation of tasks usually undertaken by health care workers, as well as the use of automation and AI to assist health care workers in performing tasks.

Given the significant overlap between these fields, this report will often refer to AI and robotics alongside automation, including situations where these technologies are used to automate some parts of a task (such as information analysis for decision making) but not others (such as decision selection).

It’s useful to distinguish between some different ways in which automation can relate to human task performance in health care.

Replacing: As highlighted above, in some cases automated systems are intended to perform tasks previously carried out by humans, replacing human input.

Assisting: More commonly, automated systems can be used in health care to assist workers, rather than replace them.

Box 3: A brief history of automation in health care

Automation has its roots in the Industrial Revolution when the introduction of the steam engine enabled the generation of vast amounts of energy, allowing the mechanisation of tasks previously undertaken by craftsmen or by individual artisans. Since then, innovations such as the spinning jenny, assembly line and personal computer have seen the automation of many types of work. Brynjolfsson and McAfee argue that automation can be divided into two periods: the first, in which machines were introduced to conduct physical tasks (such as assembling a product), and the second enabled by the development of computing, in which machines also conduct cognitive tasks (such as record-keeping).

Automation has a long history in health care. Many examples are now so well established that we might not think of them as automation. For instance, in the early 1900s the first electrocardiogram was developed to monitor heart rate, something previously done manually. From the 1940s onwards, the kidney dialysis machine evolved to become automatically functioning. In the late 1970s, the desktop computer began to enable the automation of administrative tasks, for example clerical tasks such as financial calculations. Computers also began to be integrated into clinical pathways, initially to enter orders and report results and then to hold databases, images and patient records, as well as for the continuous monitoring of patients. Pharmacists have also seen the automation of several aspects of their work; for example, the first digital pill counter was deployed in the late 1960s.

Robots, too, have been used in medicine and health and social care for over 30 years, from robot-assisted surgery and rehabilitation, to personal robots serving as companions or motivational coaches, or assisting people with domestic activities. In surgery, robots are being used to perform movements once made by humans, though typically requiring tele-operation or supervision by a health care professional. In addition, the ongoing miniaturisation of electronics is expanding the types of procedures that surgical robots can support, although it is important to note that the evidence base for the clinical effectiveness of robots in surgery is still developing.

The potential of new data analytics and AI to support clinical decision making, such as image analysis and risk prediction tools, understandably attracts considerable excitement. At the same time, there remains vast potential for the automation of less complex tasks, including work that has administrative components such as processing prescriptions, referrals and bookings, through technologies that are currently available or are already in the NHS but not being used to their full potential. For example, the 2016 Carter Review found that trusts were not getting ‘full meaningful use’ from technologies they had invested in such as e-prescribing software.

1.1.2. Automation and the future labour market

While automation is not a new concept (see Box 3 for a brief history of automation in health care), the evolving capabilities of AI and robotics to undertake increasingly complex cognitive tasks, as well as an ever-growing range of manual tasks, have become a key consideration in analyses of how jobs and occupations could change in the coming decades.

Predicting the precise effects of automation on employment is difficult, however.

The OECD study argues that even if a job is at high risk of automation, it will not necessarily result in job losses because workers can adapt by switching tasks and expanding their roles, and because technological change will also create new jobs. Similarly, a 2019 European Commission report argues it is unclear whether the net effect of automation will be job replacement or augmentation, given that AI and robotics will create new jobs as well as eliminate others.[29]

Modelling also suggests the impact of automation will vary by sector.

In line with the observations above that automation in health care has tended to supplement rather than replace labour, studies estimate the future impact of automation on jobs in health and care to be lower than in other sectors. For example, PricewaterhouseCoopers (PwC) estimates the proportion of jobs at high risk of automation in health care could rise from around 3% in the early 2020s to 20% by the mid-2030s, with financial services seeing the biggest effects over the short term and the transport sector over the longer term.[30] The PwC model suggests the impact on jobs in health and care, as well as in education, will be lower than in other sectors.

In light of these trends, policymakers are grappling with how to respond to the labour market impacts of automation.

The 2016 Taylor Review, for example, explored how employment practices need to change in order to keep pace with the modern economy. Specifically in relation to automation, the Review highlighted the importance of supporting people to gain appropriate skills for the future workplace — in particular, skills that are less likely to be affected by automation, such as relationship building, empathy and negotiation, which over time could become more valuable.[31] It also highlighted the importance of lifelong learning to enable people to adapt to, and remain relevant in, a changing labour market.

1.2. Policy approaches to support automation and AI in health care

In health and care, policymakers are also focusing on helping providers and patients exploit the potential of new technologies.

In England, the Department of Health and Social Care (DHSC) and NHS England and NHS Improvement have focused on several broad challenges relating to digital technology and information technology (IT).

The aim in particular has been to ensure the NHS has the right basic infrastructure in place, with systems that are interoperable and enable the exchange of data, as well as addressing challenges around leadership and skills.

The term ‘automation’ is not especially prominent in UK health care policy discourse, perhaps because it is often taken to mean the full automation of tasks (replacing human labour), whereas many of the technologies in question are seen primarily as tools to support staff to undertake tasks rather than to wholly automate them.

Where automation has been discussed, the focus has been mainly on reducing the burden of administrative work for clinical staff, and improving efficiency and productivity, on the assumption that automation can free up time for patient care.[42] [43]

Notwithstanding this lack of prominence of automation as a theme, there has been considerable policy interest in digital and datadriven technologies that have the potential to automate tasks, including AI:

1.3. Public, patient and professional attitudes to automation and AI

While access, speed and accuracy are often cited as potential benefits, many people clearly value human agency, interaction and judgement and don’t want to see them compromised or removed.

Turning to the perceptions of health care professionals and managers on the prospects for, and impact of, automation, there is a mixture of optimism and scepticism.

Box 4: Public and NHS staff attitudes to automation and AI in health care

To further investigate attitudes to automation and AI in health care, we commissioned surveys of the UK public and NHS staff, conducted online by YouGov in October 2020, the results of which are described at various points throughout this report.

To start with, we asked people about their familiarity with the topic: specifically, how much they’d heard, seen or read about automation and AI in health care (respondents were provided with definitions and examples of these technologies).

Figure 2: Public and NHS staff familiarity with automation and AI In general, how much, if anything, have you heard, seen or read about automation and AI in health care (eg in the news, on social media, or from family, friends, colleagues, etc.)?

Having explored the current context for automation and AI, in the next chapter we look at some of the opportunities to apply these technologies in health care. 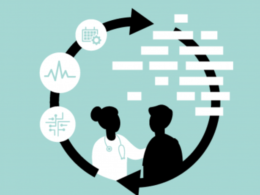 How do we get the best out of automation and AI in health care? (part 1: introduction) 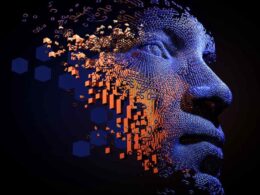 The vanishing radiologist – an unseen danger, and a danger of being unseen 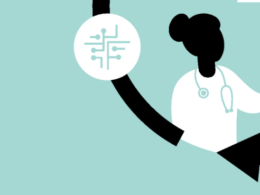 How do we get the best out of automation and AI in health care? - Chapter 2: The potential 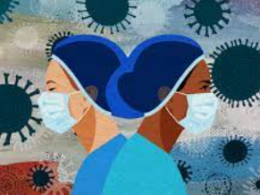 The Nursing Shortage Shows Why Industries Must Choose Tech Carefully