Executive Summary [by the Editor of the Site)

Monoclonal antibodies, which have been used to treat millions of people with COVID-19 in the past two years, are no longer effective against new variants of the virus, such as BQ.1.1, which is dominant in the US.

Current monoclonal antibodies fail against COVID virus variants, so drugmakers want to use a fast-track test for new ones

Aaron Glatt recalls one of the first times he used monoclonal antibodies to help a patient with COVID. It was November 2020, during the first year of the pandemic, and “before then there hadn’t really been drugs we could use to treat people with early-onset illness,” says Glatt, an infectious disease physician at Mount Sinai South Nassau in Oceanside, N.Y. His patient, an elderly woman, was coughing and weak. But shortly after the antibody infusion began, “she had an amazing turnaround,” Glatt says. “Her breathing improved, and she began to perk up. I spoke to her the next day, and she was doing very well.”

That happy result couldn’t occur today. Although millions of people with COVID have been successfully treated with these antibodies during the past two years, the evolution of the virus has now rendered them practically useless because they don’t block new subvariants such as BQ.1.1, which is currently dominant in the U.S. In November the U.S. Food and Drug Administration revoked its authorization of the last COVID monoclonal antibody on the market, bebtelovimab, leaving none available for therapy. Drug companies are working on updated versions. But whether these drugs will be available in a few months, rather than years, hinges on whether the FDA will accept fact-track data gathered during laboratory studies instead of large-scale clinical trials.

Monoclonal antibodies, or mAbs, are critical therapies for millions of people with immune system problems, who are at high risk of infection because their body does not respond effectively to vaccines. Organ transplant recipients and cancer patients treated with immune-suppressing drugs, for instance, “can’t lead normal lives for fear of COVID,” says Myron Cohen, an infectious disease specialist at the University of North Carolina’s Gillings School of Global Public Health. The mAbs are also important for many who cannot take Paxlovid antiviral pills because the pills interact badly with their other medications, including those for cardiovascular problems and migraines.

To develop mAbs, scientists take recovered COVID patients’ immune cells and clone them. When the antibodies work, it’s because they bind to and hinder the spike protein of SARS-CoV-2, the virus that causes COVID, which the pathogen would otherwise use to enter cells. This binding ability, and the safety of mAbs, has been tested in the past through large clinical trials involving several thousand people.

During a December workshop co-hosted by the FDA and the European Medicines Agency, many scientists argued in favor of a quicker testing strategy called immunobridging. The idea is to show that new mAbs neutralize current variants in the lab at least as well as older mAbs vanquished earlier variants. “We’re at a point now where we can say that the capacity to neutralize SARS-CoV-2 correlates with protection against COVID disease in the real world,” says Robert Carnahan, a microbiologist at Vanderbilt University Medical Center. “Large human studies are no longer needed to determine if a new mAb is efficacious. You just need to show it has antiviral activity. And you can do that in a test tube.” Combined with small human studies to rule out safety concerns and computer modeling to establish proper doses, these expedited processes could generate new mAbs for public use within three to five months, industry experts say.

Immunobridging already has an established history in the vaccine world. FDA regulators use it routinely when assessing new versions of the annual flu shot. The approach was also employed to authorize COVID boosters, as well as primary immunizations against the disease in younger age groups. This is the first time it would be used to evaluate a drug. The method has not been used for mAbs or other antiviral drugs, such as Paxlovid, because those medications do not act on immune responses but instead attack the virus directly.

One mAb therapy, called Evusheld, was authorized specifically for preexposure defense (called prophylaxis) in people with a compromised immune system. It initially provided long-lasting protection, yet its defense against current variants has waned. “Preexposure prophylaxis is something we don’t have a replacement for,” Glatt says. “And this is what I’m most concerned about.”

In an e-mail to Scientific American, an FDA spokesperson said the agency is concerned as well, and it will work with drug companies on expedited development of preventive therapies for immunosuppressed patients. But the FDA has not said when it will decide if immunobridging lab data will be sufficient for mAbs. Pharmaceutical makers are anxious for an answer. “We are working hard to get new mAbs available as quickly as we can in a scientifically sound and safe way,” says Christos Kyratsous, who heads infectious disease research at the biotech company Regeneron. “Obviously I wish were a moving a bit faster in terms of our interactions with regulators.” Still, he says, “I’m optimistic we can get there.”

John Mascola: The director of the Vaccine Research Center at the National Institute of Allergy and Infectious Diseases.

Ali Ellebedy: An infectious disease specialist at the University of Maryland School of Medicine. 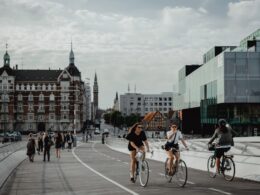 Denmark’s rationale is that over 80% of its population is vaccinated, and that Omicron is substantially less infectious…
byJoaquim Cardoso 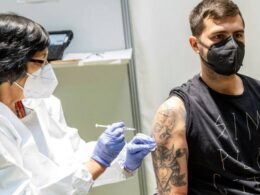 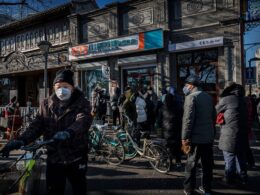 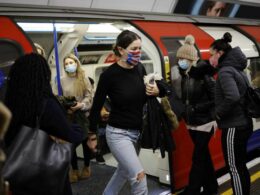 Living with Covid still has a cost 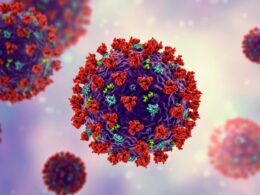 What to Know About the XE Variant

TimeBY MANDY OAKLANDERAPRIL 8, 2022  A new strain of Omicron, called XE, is spreading in the U.K., and…
byJoaquim Cardoso 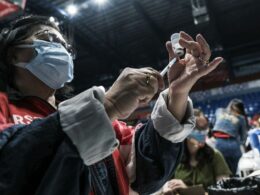 The world must learn to live with Covid this year 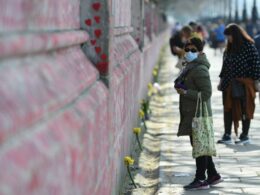 Living with Covid does not mean pretending it no longer exists

Omicron is now on the rise in a population of 1.4bn people. If the record mortality rates in…
byJoaquim Cardoso 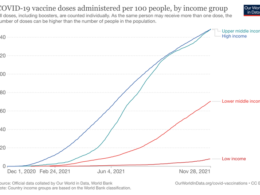 Wealthy nations starved the developing world of vaccines. Omicron shows the cost of this greed

By the end of November, around 54.2% of the global population had received at least one COVID-19 vaccine…
byJoaquim Cardoso