Preparing for the next pandemic: The Next Pandemic Is Being Fought in This High-Security Lab in the US.

This article visits the US Army Medical Research Institute of Infectious Diseases (USAMRIID) in Maryland, a military facility that works with some of the world’s most dangerous pathogens.

Now, USAMRIID is focused on testing vaccines against new variants of Covid-19 and preparing for future biological threats, which are predicted to increase in frequency.

The Next Pandemic Is Being Fought in This High-Security Lab

We visited a military facility that works with some of the world’s scariest pathogens.

When you roll up to the military’s premier biodefense lab, the security situation is intense. USAMRIID-the United States Army Medical Research Institute of Infectious Diseases-is a complex of buildings at Maryland’s Fort Detrick, surrounded by a scary black fence. Along the perimeter hangs some ominous signage: The airspace is restricted; deadly force is authorized. Our photographer is told not to capture keypads, personnel badges, or security cameras, and we both have to lock up our phones. I am not a lover of rules, but I’m delighted to comply with these. The pathogens stored in this building- Ebola, plague, lassa, anthrax -cause some of the most horrific deaths on the planet. The rules make sure none of them escape.

On the inside, USAMRIID looks a bit like a school: long hallways, drop ceilings, motivational posters with slogans like stay alert, commit to safety. Inside her office, the public-affairs officer has a human-size photograph of a researcher in a protective suit, the face cut out for photo ops. I ask if I can take a picture with it (me, pretending to work on deadly viruses, hilarious!), so she brings the figure out into the hall. Behind it is a poster about protecting soldiers from Ebola exposure. So no, it’s not all fun and games.

USAMRIID is already preparing for the next pandemic. Sitting in a cavernous conference room, a military scientist explains how it works: The Defense Department and the intelligence agencies scour the globe for potential threats-emerging viruses, bioweapons-and send USAMRIID a list of pathogens to prioritize. Then the institute’s researchers work to develop diagnostics, therapeutics, and vaccines. That way, if an outbreak occurs, the medicine cabinet has a chance of being stocked.

The canonical example is Ebola, which USAMRIID has been working on for years. “During the ’70s and ’80s, there was information that the Soviet Union was weaponizing Ebola,” says John Dye, a microbiologist and immunologist who is the institute’s deputy director of foundational sciences. “So we wanted to have a potential treatment and vaccine for that case.” While weaponized Ebola hasn’t surfaced, there have been a couple dozen zoonotic outbreaks, and one of them spun out of control in 2014. With a game-changing drug already in development, USAMRIID was prepared: The government granted an emergency-use authorization and sent that drug to West Africa. It saved lives.

It didn’t exactly go that way with Covid. “We had worked with coronaviruses during the SARS outbreak of 2002,” Dye says, “but we didn’t continue to work on them, because it wasn’t on our hit list.” Nonetheless, when reports of a novel coronavirus started coming out of Wuhan, the scientists at USAMRIID pivoted. First, they grew large virus stocks to send to other laboratories across the globe. Then scientists studied convalescent plasma and monoclonal antibodies. USAMRIID was also key to American vaccine testing: An array of vaccine candidates came through the institute, where researchers would run studies, first in cell cultures and then in animals, to determine which ones should advance to clinical trials.

Now USAMRIID remains engaged with the Covid response-particularly in testing vaccines against new variants-but it has mostly turned elsewhere: toward the future of biological threats. “These outbreaks that potentially move into pandemics are going to keep coming,” Dye says. “They’re going to increase in frequency, is my guess.”

From the conference room, Dye leads me to a therapeutics lab: a large, fluorescent-drenched space, packed with confusing equipment, where lab-coated researchers are testing drugs. If there is a new viral outbreak-the seed of the next pandemic-it will be fought, in part, in this room.

Here’s what would occur: The Department of Defense has sentinel labs scattered across the globe, and one of them would grab a sample of the virus. That virus would come to USAMRIID so scientists can figure out what it is. “The first thing we would do,” Dye says, “is look at whether we have any tests [to diagnose] this virus. If we have to develop new diagnostics, we’ll do that.” Concurrently, USAMRIID starts developing counter­measures-vaccines and therapeutics-often in partnership with private companies, universities, or other government labs.

Developing drugs or vaccines begins in test tubes. To demonstrate, Rajini Mudhasani, a principal investigator from the therapeutic discovery group, hands me a cell-culture plate: a clear plastic rectangle pocked with dozens of tiny wells. The plate is already in my hands when she tells me it once held Ebola. This is unwelcome news. Ebola essentially shreds your body from the inside, liquefying your organs, which then pour out of various orifices as you slowly and painfully die. I blanch and laugh nervously, and Mudhasani seems to read my mind. “It was totally inactivated, so it’s safe to handle now,” she says.

Mudhasani points to the plate and explains how they use it: “We [would] have cells seeded in each of these wells, and then we add the drug and also add the virus, and we let it infect for a certain amount of time.” If a drug works, it’ll keep the viral load down-but there’s a catch: “It’s no good to us if it’s toxic to the cells,” says Major Robert Haupt, who runs USAMRIID’s therapeutic-discovery branch. So scientists are looking for drugs that significantly reduce the amount of virus in a culture while keeping at least 80 percent of the cells alive.

Only a small number of compounds clear this bar, and the ones that do move to animal testing-first in rodents, then typically in monkeys. “It’s a difficult thing to do animal research,” Dye says. “It’s necessary for us to do it, but it’s not something that’s enjoyable, and we’re trying to find ways to decrease the amount of animals we’re using.”

One advancement with the potential to save human and animal lives is a “ bioprinter,” a clear box the size of a cat carrier whose nozzles make “organoids” from living cells.

USAMRIID just got one in 2022. Haupt explains that it’s like a 3-D printer; you feed the bioprinter stem cells, program an iPad with the type of organoid you need-lung, liver, brain-and the nozzles get to work creating life.

Lately, scientists are printing vasculatures (vein systems) and infecting them with dengue virus, a pathogen that doesn’t require a high-security lab. This research is preparation for the future, when USAMRIID will bring the bioprinted vasculature to the big leagues: the labs down the hall where the deadliest viruses live.

In the bowels of USAMRIID are several specialized biocontainment suites, called Biosafety Level 4, or BSL-4, labs. There are only a few dozen of them in the world. Dye leads me along a corridor to glimpse one from the outside. Through a small glass porthole, a researcher is working with a live culture of Crimean-Congo hemorrhagic-fever virus, a nasty tick-borne illness that the Defense Department has prioritized. She wears what’s essentially a spacesuit: a white polymer bodysuit with a clear plastic head bubble. Her air supply is piped through a yellow hose that’s leashed to the wall. If this researcher were to come into contact with the virus, it would be bad: Crimean-­Congo hemorrhagic fever, like most BSL-4 viruses, is highly lethal and has no medical countermeasures.

The suit is only one level of protection. “These are submarine doors, with gaskets that inflate to create an airtight seal,” Dye says, pointing to a slab of heavy brown metal that leads to another BSL-4 lab. Behind it are a series of rooms where researchers remove and store street clothes, change into scrubs, then don their suits. Inside the lab itself, they work inside something called a biosafety cabinet, which is sort of like the air hood on a stove. On their way out of the lab, the suited researchers take a seven-­minute chemical shower to kill any live virus they might have touched.

Most scientists believe that Covid came from nature, but the possibility of a lab leak has haunted the pandemic: At the outbreak’s geographical center sits the Wuhan Institute of Virology, a BSL-4 lab that works with coronaviruses, from which it’s possible one might have escaped. Scientists at USAMRIID take strenuous precautions-they’ve never had a leak to the outside world-but risks still abound. In 2020, for instance, the lab had to pause its high-containment work due to a wastewater sterilization issue, which the institute quickly resolved. And notably, an FBI investigation concluded that a rogue USAMRIID scientist created the anthrax that was mailed to politicians and journalists in 2001, killing five people.

Over the years, USAMRIID’s security protocols have become more stringent.

“We’re constantly being inspected by multiple agencies-like, on a monthly basis,” Dye says. “When you’re working with high-containment agents like this, everyone wants to make sure you’re doing good work.” It’s been almost 20 years since USAMRIID has had an in-lab exposure that required quarantine. The last one occurred in 2004, when a researcher working with Ebola-infected mice grazed her thumb with a syringe. “She never seroconverted-she didn’t produce antibodies, which means she never actually saw the virus,” Dye says. But she did spend 21 days in quarantine. USAMRIID threw a party when she got out.

Before I leave, I want to know what Dye believes to be the globe’s worst-case scenario for an infectious disease.

“I don’t want to keep you up all night worrying,” he says, but he’s clear on what it is: an extremely lethal blood-borne virus (like Ebola) that either evolves or is weaponized to infect people through the air.

“If it’s spread from person to person in casual contact, that would be a very bad situation.”

This is a credible threat. Ebola, for example, isn’t spread by aerosol in humans-but it has been aerosolized in monkeys. “These bugs that we’re working with are living entities,” Dye says. “They change and they adapt. They’re trying hard to outrun what we’re doing-it’s a coevolution, and it becomes very difficult to predict what’s going to happen.”

Still, he says, it’s USAMRIID’s job to “use the best information that we have to try to figure out what we should be prepared for,” and he hopes this work brings comfort. “People don’t really know about us, but it is kind of nice to know that somebody is working in the background on this, and that we’ve been doing it for 50 years.”

I do take solace in meeting a crew of government scientists working to thwart the next lethal outbreak. But still, by the end of my visit, I’m a little jittery from contemplating mass pathogenic death. Walking the halls of USAMRIID, I pass a table of decorated pumpkins. One of them is painted half white and half Pepto-pink, with “chill pill” hand-lettered across the top. “Who’s the chill pill for?” I ask, and Major Haupt looks me up and down: “It’s for anybody who needs one.”

Originally published at https://www.washingtonian.com on January 10, 2023.

John Dye — a microbiologist and immunologist, and the institute’s deputy director of foundational sciences. 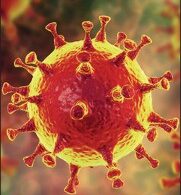 The LancetEditorialDecember 18, 2021 The end of 2021 brings a sense of uncertainty.  Parts of the world are…
byJoaquim Cardoso 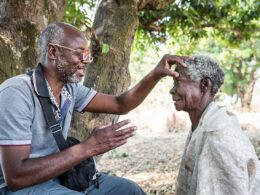 This is a republication of the article “Eliminating Existing Epidemics: Investing in neglected tropical diseases strengthens our ability…
byJoaquim Cardoso 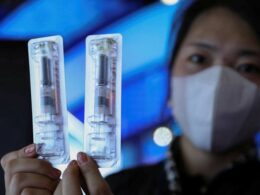 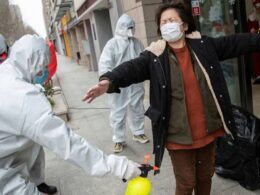 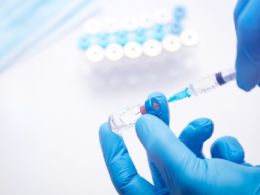 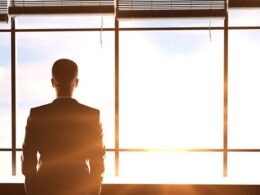 Key messages Despite the pandemic maintaining its grip on virtually every part of the economy, there are areas…
byJoaquim Cardoso 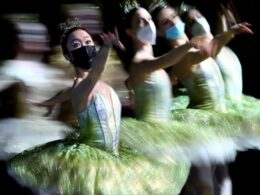 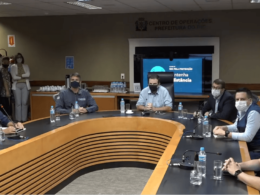