by Joaquim Cardoso MSc.
The Health Revolution
Multidisciplinary Institute, for Better Health for All
May 7, 2022

Half of the world’s population have limited access to healthcare — but help may be on the way in the form of medical delivery drones.

In order for healthcare supply chains to switch to drones, they must be cost-effective.

Half of the world’s population have limited access to healthcare — but help may be on the way in the form of medical delivery drones.

Drones can help to ramp up national healthcare systems, and connect hospitals and laboratories with patients, improving outcomes and reducing waiting times, especially in remote communities.

In order for healthcare supply chains to switch to drones, they must be cost-effective.

Proof of concept for healthcare delivery by drones is continually evolving but early pilot studies have shown that collaborations between government, humanitarian aid organizations, funders and drone system partners can extend healthcare access in remote, underserved and Indigenous communities worldwide.

1.Trial deliveries in the US

Most healthcare drone deliveries are in low- and middle-income countries, where the health impact is likely to be greatest.

“The UK and US, even here in Australia, are not there yet, but it’s coming,” says Eric Peck, CEO of Swoop Aero.

For now, partnerships and projects are gearing up slowly in the UK and the US, with pilot studies popping up in rural and barrier island communities.

In 2020, the US-based drone logistics company Volansi piloted the first delivery of temperature-controlled vaccines in the US, in partnership with Merck. They served locations in eastern North Carolina where access to healthcare in remote rural communities and barrier islands is limited.

According to a representative from Volansi, on behalf of Merck, “The majority of our work today centers around medical delivery trials where we are granted approvals for specific operations or for humanitarian missions in which the FAA [Federal Aviation Authority] will minimize restrictions so that medical and life-saving supplies may be delivered quickly.

Progress towards this goal will largely depend on FAA rulemaking and aircraft certifications.”

Other partnerships are unfolding as companies line-up for approval.

Zipline, headquartered in San Francisco, California, has partnered with Walmart to trial the small-scale delivery of non-prescription drugs from the back of a neighborhood market in Pea Ridge, Arkansas.

In a separate partnership, Zipline is counting on FAA approval to work with the US pharmacy Magellan Rx Management to use drones.

Despite slow uptake in the US, medical delivery drones are already improving survival for some of the most remote communities in the world.

Despite slow uptake in the US, medical delivery drones are already improving survival for some of the most remote communities in the world.

In 2019, the government of Malawi set up drone corridor networks to serve the East African country of nearly 20 million people that has an inadequate health infrastructure.

Starting with childhood vaccines for malaria, TB and rotavirus, the drone network quickly expanded to warehouse or ‘beehive’ pharmaceuticals for delivery on-demand.

After unpacking medical supplies, local health workers re-fill the drones with viral load tests to be processed at the central hospital, with a turnaround time of a few days.

When COVID-19 hit Malawi, vaccines were added to the drone network and delivered to the same hard-to-reach communities.

Another disaster struck in January 2022, with Hurricane Ana, which swept communities under water, causing a spike in cases of cholera.

The drone supplier Swoop Aero switched from delivering medicines and supplies to taking photos of the flooded terrain for the World Health Organization.

In March and April 2022, drone suppliers are distributing polio vaccines.

“When something goes wrong, when there’s a natural disaster, you can keep that service running, and you can stack other use cases on top of it. It’s having that established network in place where you can have the most impact,” says Peck.

Another provider, Wingcopter, is also active in Malawi.

“We are confident that we will reach 7.5 million Malawians by the end of the year,” says Andi Fisanich, Wingcopter’s Head of Humanitarian Programs.

They delivered COVID-19 tests, personal protective equipment (PPE) and medicines to some of the UK’s most remote communities.

“Drones reduced the average time to move pathology samples to 1 hour — removing over 12,000 hours of waiting time from the NHS supply chain in the region,” says Maggie Mullan of drone delivery operator Skyports.

The three-month pilot included both a scheduled service and an on-demand service, with orders placed by the NHS through an online system developed by digital consultants Deloitte.

Funded by a joint initiative between the UK Space Agency and the European Space Agency, more than 900 NHS patients benefitted.

A new medical drone delivery pilot is scheduled in the region towards the end of 2022, before permanent operations commence.

4.Emerging infections in the DRC

Since the discovery of Ebola virus in 1976, there have been 13 outbreaks in the Democratic Republic of the Congo (DRC, formerly Zaire), the worst affected country in the world, and home of the river after which the virus was named.

The most recent outbreak ended in December 2021, and although there have been no cases of Ebola reported in 2022 so far, the DRC government is considering a preventive vaccine program using a prime-boost regimen of recombinant vaccines based on adenovirus and the modified vaccinia Ankara (MVA) vector-based vaccine that encode antigens from several filoviruses including Ebola (Ad26.ZEBOV/Zabdeno and MVA-BN-Filo/Mvabea, Johnson & Johnson).

The Ebola vaccine project aims to vaccinate people in remote locations using bi-directional medical delivery drones, which will drop-off the Ebola vaccine and then collect biometric data from vaccinees, together with other health reports.

VillageReach, a not-for-profit who provide supply chain programs to under-resourced health systems in sub-Saharan Africa, believes the project will provide a structural and operational basis for routine vaccinations, not only against Ebola but also against SARS-CoV-2 and other infectious diseases.

A major benefit of medical drone deliveries in the DRC is their ability to fly over the country’s dense rainforest.

This improved speed of delivery was exemplified in recent efforts to eliminate yellow fever virus in the Equateur province.

In the space of 14 months, beginning in 2020, a vast network of drone pilots, ground operators and health workers facilitated 2,500 flights reaching 40 health facilities with 150,000 doses of yellow fever vaccine and lab samples.

“Most of the people we serve have never had adequate healthcare in their life, much less a vaccine,” says Olivier Defawe, Director of Health Systems at VillageReach. S

imilar efforts by the organization have been deployed in Malawi and Mozambique.

5.Reducing waste in the South Pacific

Vanuatu is an archipelago of 83 tropical islands where villages and communities are so remote that supplies and medicines are typically delivered first by boat, then by foot to remote villages in the jungle-covered mountains.

Organized by the Vanuatu Ministry of Health, in collaboration with UNICEF and the Australian Government in 2018, commercial drone delivery systems were contracted to help local healthcare workers to deliver thousands of essential childhood vaccines across the islands.

The logistics companies that provide the drones also record delivery data, making it easier to keep track of vaccine distribution at each health center.

It quickly became apparent that one of the most important jobs was to help use products that were close to expiring, as this could be used to benefit another child.

For Peck, reducing the waste of medical supplies is another example of layering use cases:

“We know that there’s expiring doses at one facility, so we pick it up at one center and move it to another for them. We see that reasonably often in every environment where we work.”

During the height of the COVID-19 pandemic, many First Nation communities in Canada were under lockdown measures to reduce transmission.

This prompted a supply crisis that included inadequate access to health care supplies and services for PPE, COVID-19 testing and kits, and diagnostics and treatment for other medical conditions.

Drone Delivery Canada worked in partnership with the University of British Columbia to deploy drones to the Stellat’en First Nation.

At present, only prototypes are being launched from the Village of Fraser Lake, with the pilot study due to end in October 2022.

But once flights have proven successful, the goal is for drones to transport medications, supplies and samples, allowing community members to have better access to healthcare without the need to leave their home community.

“Obviously, we’ve been neighbors for a number of generations, and it is projects like this that bring us closer together,” said Chief Robert Michell of Stellat’en First Nation. 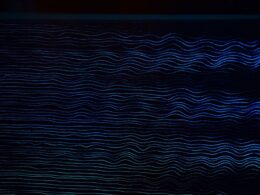 Is your supply chain planning ready for digital? 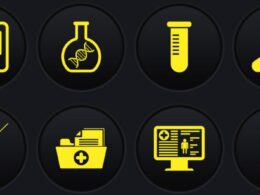 The Growing Role of Clinical Engineering: Merging Technology at the Point of Care 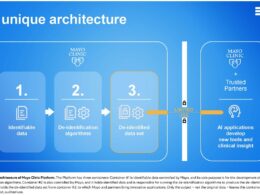 How Mayo Clinic Platform is addressing the concerns that using AI on datasets could exacerbate disparities? [excerpt 2]

This is an excerpt of the article below, with the title above, focusing on the topic in question.…
byJoaquim Cardoso 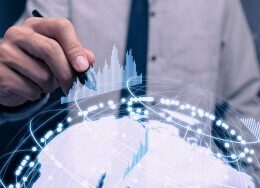 AI Transformation Is About People, Not Technology [excerpt 2]

This is an excerpt of the white paper“Ignoring AI Is Risky Business for Insurance CEOs”, with the title…
byJoaquim Cardoso