ChatGPT: The AI bot taking the tech world by storm

‍On Wednesday the Chartr office party was in full swing, but instead of heading for drinks — as originally planned — we found ourselves still in the office, writing increasingly funny prompts into ChatGPT, a chatbot from OpenAI.

Built on the architecture of GPT-3, with some ~ 175 billion parameters, the key innovation of ChatGPT relative to other AI breakthroughs is that it’s super easy to interact with.

You type something, it spits something back to you. “Tell me a joke”, “write a recipe for pecan pie in the style of a pirate”, “explain long division to a ten-year-old”… ChatGPT has a — pretty convincing — response for all.

That functionality has gone viral, with OpenAI reporting that ChatGPT had hit 1 million users in just 5 days.

Searches for ChatGPT rocketed, surpassing those for “lensa”, another AI app making waves this week, but ChatGPT is undoubtedly the much, much bigger story.

The possible uses for ChatGPT, and the future versions of it to come, are equal-parts exciting and daunting.

If optimized further, it’s not hard to see a way it could threaten the dominance of search giant Google for certain queries, with the potential to revolutionize some manual tasks in nearly every knowledge-based industry.

It is, however, currently pretty expensive. ]

CEO Sam Altman has reported that each individual chat currently costs “ single-digit cents “ to run — a cost that stacks up pretty quickly.

Ethical concerns and worries over lost jobs due to automation are very real — and although there are guard-rails in place, designed to limit the chance the tool spews hateful content, some have exposed some unfortunate responses. 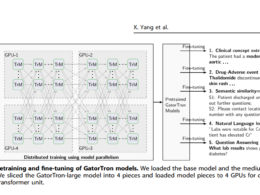 This is a republication of the article “A large language model for electronic health records”, published by “NPJ”,…
byJoaquim Cardoso 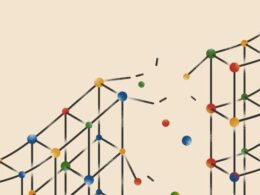 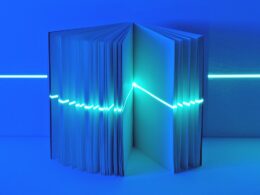 ChatGPT and How AI Disrupts Industries

What ChatGPT Really Means for the Future of Business [and the potential of it´s underlying technology “generative AI”].