Arriving in Beijing from Hong Kong in late October, my family and I witnessed Xi Jinping’s now defunct zero-Covid regime at its awful peak.

As we filed into the deserted airport, one of the policy’s foot soldiers — the Dabai or “Big Whites” in full PPE uniforms — shouted at us. We were sent for 10 days of quarantine in a hotel so drenched with disinfectant that it stung the nostrils. Yet few of us that day could have imagined that within weeks, China’s zero-Covid experiment would collapse, resulting in a tidal wave of cases.

For President Xi and his new leadership team, appointed in October during the Communist party’s quinquennial congress, their handling of the country’s chaotic exit from zero-Covid will determine not only how they are viewed domestically but also by international business, which is already reassessing the country’s role in global supply chains. “Xi’s failures to prepare for reopening will tarnish his authority and the party,” predicted TS Lombard analysts Lawrence Brainard and Jon Harrison.

Zero-Covid served Beijing well earlier in the pandemic, when millions of lives were lost in other countries.

In mainland China, the official death toll remains only 5,241, though experts dispute how the country classifies Covid deaths.

But this year, as other countries vaccinated and reopened, the policy became a straitjacket on Chinese society and the economy.

Zero-Covid served Beijing well earlier in the pandemic, when millions of lives were lost in other countries. In mainland China, the official death toll remains only 5,241, though experts dispute how the country classifies Covid deaths.

But this year, as other countries vaccinated and reopened, the policy became a straitjacket on Chinese society and the economy.

In Beijing, to do anything — even get back into your own home — you needed a green code on the city’s health app, which you maintained by testing at an official kiosk every one or two days.

To avoid being confined to a hotel or disappearing into a quarantine camp, I stopped going anywhere that required the app, riding bicycles instead of catching cabs and ordering food online.

Judging from Beijing’s quiet roads, everyone else was doing the same.

As I talked to more people, it became clear that while many feared Covid, they were increasingly impatient with the restrictions.

One parent recounted how she had not seen her daughter who was studying overseas for nearly three years. Others joked that we were living in “West” North Korea.

But these were the last throes of a dying system.

Perhaps concerned about the country’s slowing economy, or the cost of the testing apparatus itself, in late November the government began to ease testing requirements.

Without blanket testing, zero-Covid did not work.

Omicron spread into residential compounds in Beijing and elsewhere across the country.

Alarmed, the authorities moved to lock them down but residents resisted fiercely. Nationwide street protests erupted for the first time in decades.

While the demonstrations were short lived, the party could not win against millions of ordinary citizens ready to disobey lockdowns.

Early this month, the government capitulated. Positive cases could now isolate at home and you no longer needed the healthcode to enter most places. Zero-Covid was replaced by “let it rip”.

Early this month, the government capitulated. Positive cases could now isolate at home and you no longer needed the healthcode to enter most places. Zero-Covid was replaced by “let it rip”.

But as the Dabai vanished from the streets, coronavirus swept in.

Friends and colleagues started catching it. Beijing became even more of a ghost town.

China did not use the time bought by zero-Covid to import more effective foreign vaccines or to lift the vaccination booster rate among the elderly.

While the state has now almost stopped testing altogether and is reporting absurdly low case and death numbers, the FT has uncovered evidence of a growing number of Covid-related mortalities.

On state media, however, Xi has already declared victory over the pandemic.

The virus is little worse than the flu, according to government experts.

Beijing has also changed the definition of what qualifies as a Covid death, ensuring the official number of fatalities will remain well below those of the so-called morally decrepit west.

Whether Beijing can maintain this narrative in the face of a giant outbreak remains to be seen.

Even if the exit wave is quick, many will question why the government waited so long to end zero-Covid. “I hope the censors don’t have Covid because they’re going to need more of them now,” joked one foreign businessman.

As for me, the uncensored reality of the outbreak struck home earlier this month. Having dodged the virus for nearly three years, it was ironically in Beijing — Xi’s zero-Covid citadel — that it finally caught up with me. 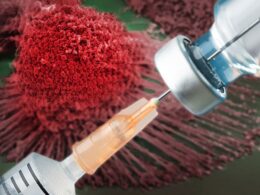 NIH Director´s blogPosted on by Dr. Francis CollinsNovember 12th, 2021 Overview (NCI) In a recent post on the…
byJoaquim Cardoso 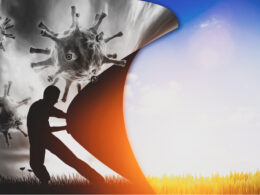 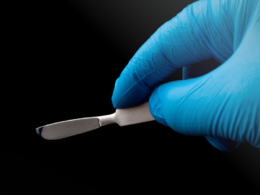 Mental Health During the First Year of the COVID-19 Pandemic: A Review and Recommendations for Moving Forward 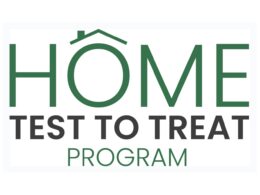 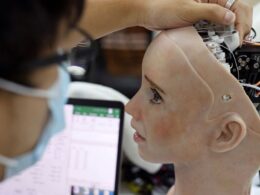 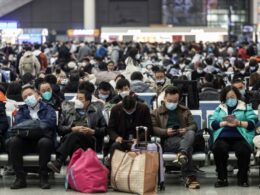 China COVID wave could kill one million people  —  [if 85% of the population gets a fourth dose of a vaccine other than the inactivated-virus vaccines, severe infections and deaths would be reduced]