This is a republication of the article “ Hybrid intelligence in healthcare”, with the title above, highlighting the message in question.

Everyone knows that artificial intelligence is becoming more common in healthcare.

Most people know that AI now matches, and in some cases surpasses physician accuracy.

Many people assume that combining human and AI into a sort of hybrid clinician results in the best performance. However, the story is more complicated.

There is a historical precedent for the superiority of human-machine hybrids. In 1997, chess grandmaster Gary Kasparaov was defeated by IBM’s Deep Blue, the first time a world champion lost to a supercomputer. In subsequent years, the chess world shifted its focus from the question of whether a machine could defeat a human to the task of developing strategies for collaboration between human and machine to improve the level of play. “Centaur chess,” a variation of the game in which human players and algorithms team up, rose in popularity. It soon became clear that centaurs were superior chess players. Indeed, most of the best chess matches of all time have been been played by human-computer hybrids.

In medicine, it is often assumed that human+AI centaurs are more accurate than either on their own.

Perhaps unsurprisingly, it turns out the story is more nuanced in medicine.

Such questions are understudied, but the details of interfacing AI and humans in medicine are critical.

Early research on the impact of clinician-AI collaboration on patient care has been sobering.

Marzyeh Ghassemi’s group at MIT studied the effect of AI-based clinical decision support on physician performance, and found that accuracy markedly decreased when physicians received an incorrect prediction from the AI.

For non-subspecialists (internists and emergency medicine physicians), their performance deteriorated to the point of being was worse than a coin flip.

Andrew Ng’s group at Stanford published similar findings in pathology; a deep-learning algorithm designed to assist pathologists in the diagnosis of liver cancer negatively impacted performance when the AI prediction was incorrect.

These findings are consistent with a broader literature beyond medicine that demonstrates the potential for automation and decision-support aids to bias human decision making.

These findings are consistent with a broader literature beyond medicine that demonstrates the potential for automation and decision-support aids to bias human decision making.

The history of centaur chess emphasizes the importance of process in effective human-machine collaboration.

In 2005, a “freestyle” chess tournament was organized where teams comprised of both humans and computers could compete. Kasparov reflected on the surprising results of the tournament in his 2017 book Deep Thinking:

The surprise came at the conclusion of the event. The winner was revealed to be not a Grandmaster with a state-of-the-art PC, but a pair of amateur American players, Steven Cramton and Zackary Stephen, using three computers at the same time. Their skill at manipulating and “coaching” their computers to look very deeply into positions effectively counteracted the superior chess understanding of their Grandmaster opponents and the greater computational power of other participants. It was a triumph of process. A clever process beat superior knowledge and superior technology. It didn’t render knowledge and technology obsolete, of course, but it illustrated the power of efficiency and coordination to dramatically improve results. I represented my conclusion like this: weak human + machine + better process was superior to a strong computer alone and, more remarkably, superior to a strong human + machine + inferior process.

Cramton and Stephens were amateurs, but they were able to beat grandmasters and state-of-the-art algorithms by focusing on the process of integrating human and machine. For example, they maintained a database of each player’s strategies, and for which situations each strategy was best-suited. They systematically studied the strengths and weaknesses of the algorithm. “We had really good methodology for when to use the computer and when to use our human judgement, that elevated our advantage,” Crampton summarized in a BBC interview.

What is the optimal process for integrating AI and physician?

Suchi Saria’s lab at Johns Hopkins, together with her startup Bayesian Health, published a trio of landmark papers last week on an AI early-warning system for sepsis that address this question.

In retrospective and prospective data, Saria’s team demonstrated that the real-world deployment of an AI system improved the detection of sepsis at significant lead time (>5h earlier), reducing morbidity, mortality, and length of hospital stay.

Equally impressive was the high rate of clinician engagement with the AI system — 89% of alerts were acknowledged and evaluated by the clinician.

Adoption of sepsis alert systems has historically been a huge issue — most physicians mindlessly dismiss sepsis alerts most of the time (To better understand the cacophony of the hospital and the issue of “alarm fatigue,” check out the audio recording below from my ICU rotation in med school).

Most relevant to the present discussion was a third paper from Saria’s group that unpacked the variables that influenced clinician adoption of the AI system.

A few themes were identified:

Clinicians also differentiated their diagnostic process from the capabilities of ML, emphasizing elements of clinical expertise and intuition that they felt ML could not replicate.

Multiple providers referenced the visible cues and richer information available from interacting with the patient at the bedside.

An ED physician expressed, “[The system] can’t help you with what it can’t see.”

…clinicians that adopted the AI established trust with the system by developing a mental model of how the system worked.

In summary, trust between physician and AI was a key factor in driving adoption.

Trust was established through experience; like in chess, physicians developed mental models for the strength and weaknesses of the AI by observing the system in a range of clinical scenarios.

A knowledgeable reader may wonder about the role of explainable AI in fostering human-AI collaboration.

It is fashionable in healthcare to emphasize the importance of interpretable AI — algorithms with an inner logic that can be understood by humans.

Trust of the AI, the argument goes, is best established through transparency of the model and its predictions.

On this point, I am increasingly unsure.

First, it assumes that existing explainability techniques produce accurate human-comprehensible explanations, but this is increasingly doubtful.

When AI predictions are incorrect, providing human-comprehensible explanations alongside the prediction increases the likelihood that the incorrect predictions will be accepted, likely due to inappropriate trust of the algorithm.

The history of AI in healthcare thus far has largely been a story of technical achievements demonstrating the feasibility of developing algorithms that rival human performance on a range of clinical tasks.

Impressive, to be sure, but so far insufficient to impact patient care at scale.

The path forward will require a shift in focus from human vs AI to human+AI, where the details of integrating and interfacing human and algorithm matter.

The path forward will require a shift in focus from human vs AI to human+AI, where the details of integrating and interfacing human and algorithm matter.

The field will benefit from further study of questions like:

Originally published at https://scalefree.substack.com on July 26, 2022.

Curt Langlotz, a radiologist and Director of the Center for Artificial Intelligence in Medicine and Imaging at Stanford 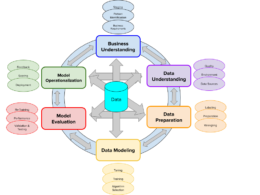 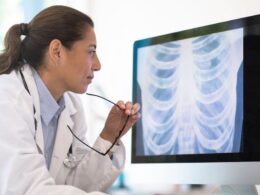 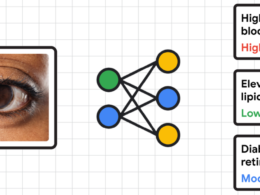 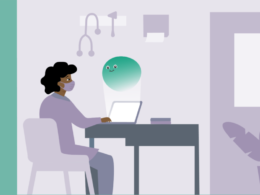 Researchers at Johns Hopkins had already been developing chatbots to combat vaccine misinformation when the coronavirus pandemic arrived,…
byJoaquim Cardoso 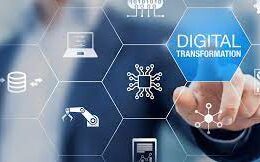 “Healthcare is still a 9-to-5, Monday-to-Friday industry,” Murphy said. “The world operates 24/7.  With digital enablement, we need to…
byJoaquim Cardoso 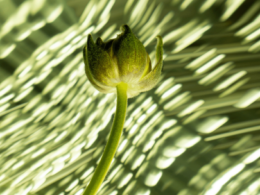 AI in R&D could add more than $25 billion in economic value in China, in three specific areas

Faster drug discovery, clinical-trial optimization, and clinical-decision support. This is an excerpt of the publication “The next frontier…
byJoaquim Cardoso 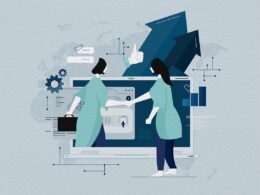 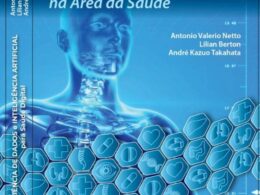