This is a republication of the article “Study: New Wastewater Surveillance Method Detected SARS-CoV-2 Variants of Concern Up to 2 Weeks Before Clinical Tests”, with the title above.

Researchers used a recently developed method of wastewater genomic surveillance to detect SARS-CoV-2 infections on the University of California, San Diego (UCSD), campus during 10 months of the pandemic.

The approach identified viral variants of concern as early as 2 weeks before the variants showed up in clinical tests, the team recently reported in Nature.

At least 55 countries already use wastewater surveillance to track SARS-CoV-2. In the US, the Centers for Disease Control and Prevention (CDC) launched a National Wastewater Surveillance System in September 2020.

The program works with health departments across the country to monitor SARS-CoV-2 levels in community wastewater.

In the recent study, UCSD researchers and colleagues at the CDC, the California Department of Public Health, and the California Health and Human Services Agency, among other collaborators, optimized the technique and created an efficient tracking system with community results available in just a few hours.

Nanomagnetic beads with high affinity for viral particles were added to raw sewage samples, where they captured SARS-CoV-2 and other respiratory viruses.

Robots with a magnetic head extracted the virus-bound beads in less than an hour.

The researchers then used polymerase chain reaction, or PCR, testing to decide which samples to sequence.

For example, the method allowed the team to sequence almost 95% of the virus genome, even for wastewater samples with low amounts of virus, whereas other wastewater collection techniques in development have sequenced 40% or less of the genome.

The next advance was computational.

The scientists developed an algorithm called Freyja to better identify multiple variants in a virally diverse wastewater sample and estimate how these variants are related to other SARS-CoV-2 lineage or sublineages also found in wastewater.

Freyja uses a library of “barcodes” that contain information on the specific mutations in each of the more than 1000 SARS-CoV-2 lineages.

Researchers can run the Freyja algorithm to map the shreds of viral RNA in wastewater samples to the corresponding lineages.

The researchers chose to compare clinical and wastewater genomic surveillance on the UCSD campus because places of communal living are ideal for viral spread and are also well-controlled and relatively isolated settings.

They eventually expanded their study to the greater San Diego area. The resulting 21 383 wastewater samples included:

UCSD students were notified by email if their residential building’s sewage sample tested positive for SARS-CoV-2.

A university dashboard also was updated every evening with the latest wastewater sampling data.

This included an interactive map that allowed students to see in real-time which buildings had positive results for SARS-CoV-2.

Staff and students at the county and public schools were offered on-site testing when a positive signal was detected.

In an interview, Natalie Exum, PhD, an assistant scientist in the Environmental Health and Engineering department at the Johns Hopkins Bloomberg School of Public Health who was not affiliated with the study, said the findings strongly support using sewage waste surveillance as an early detection system for new variants.

“It’s challenging because these viruses have been ripped apart, and you now have to piece them back together again,” she said of wastewater genomic surveillance.

“But what makes this paper so important is that it’s documenting that it is possible and could short-circuit the long process of getting tested and reporting [clinical] results to the CDC.”

“But what makes this paper so important is that it’s documenting that it is possible and could short-circuit the long process of getting tested and reporting [clinical] results to the CDC.”

Exum said starting up or expanding wastewater genomic surveillance programs, including this new approach, will initially incur an enormous cost to train people to operate the equipment.

In the long run, however, the new approach could help detect and measure SARS-CoV-2 variants in a community quicker and more cheaply than clinical swab testing alone, she explained.

In the long run, however, the new approach could help detect and measure SARS-CoV-2 variants in a community quicker and more cheaply than clinical swab testing alone, she explained.

Another concern is that it’s unclear how useful wastewater data will be in curbing viral spread.

Exum pointed out that the CDC has made national wastewater data available to the public but that the efforts are futile if individuals don’t use the information.

“I think people are just tired and have made risk-based decisions that mild coronavirus is not enough of a concern to put masks on and take preventative measures,” she said.

“There’s probably about 10% of the population that would actually decide to [do so] based on this data.”

Karthikeyan and her team have begun using their wastewater genomic surveillance program to track the monkeypox virus on the UCSD campus and in San Diego county.

They are also expanding the program to sequence other viruses and pathogens in community wastewater.

Among the pathogens they might find are viruses thought to be eradicated.

The UK’s wastewater surveillance program identified poliovirus in London’s sewage in late June of this year.

The UK’s wastewater surveillance program identified poliovirus in London’s sewage in late June of this year.

This July, the US reported its first case of community transmission since 2005 in upstate New York’s Rockland County.

In that case, vaccine-derived poliovirus was detected in the stool samples of an unvaccinated patient hospitalized with flaccid lower limb weakness.

Health officials have since detected the virus in stored wastewater samples from Rockland County and neighboring Orange County dating back to this April.

And on August 12, officials announced that the virus had been detected in New York City wastewater.

The findings suggest there may be yet another viral outbreak underway, further emphasizing the need for better surveillance of pathogens both old and new.

The findings suggest there may be yet another viral outbreak underway, further emphasizing the need for better surveillance of pathogens both old and new.

Smruthi Karthikeyan, PhD, MS, a UCSD postdoctoral scholar and lead author of the recent study, said in an interview with JAMA. 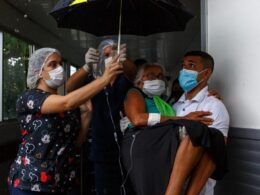 This is a republication of the article below, with the title above, preceded by an Executive Summary by…
byJoaquim Cardoso 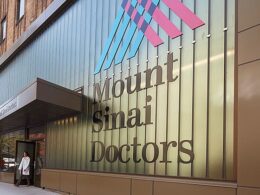 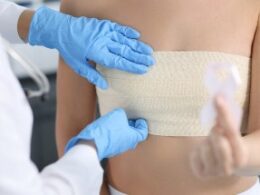 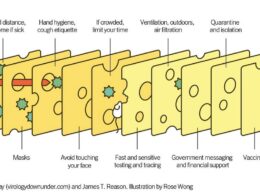 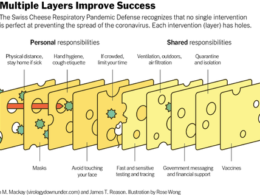 It’s not edible, but it can save lives. The virologist Ian Mackay explains how. New York TimesBy Siobhan RobertsPublished…
byJoaquim Cardoso 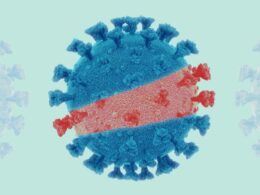 A New Delta Variant, AY4.2, Is Rising in the UK. Here’s What That May Mean for the US

While not yet singled out as a concern in the US, the new Delta subtype prompted a reminder…
byJoaquim Cardoso 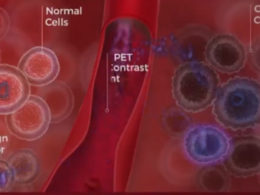 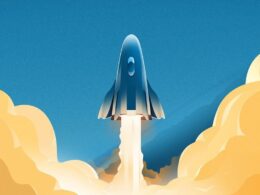 Why a dawn of technological optimism is breaking

The 2010s were marked by pessimism about innovation. That is giving way to hope The EconomistLeadersJan 16th 2021 edition…
byJoaquim Cardoso