This is a republication of the paper below, with the title above, highlighting the message in question.

EHR experience was low regardless of the system and may be improved by better EHR training, increased utilization of personalization tools, reduced documentation burden, and enhanced EHR design and functionality.

Despite early optimism regarding the potential benefits of electronic health records (EHRs), reported outcomes with ubiquitous use are mixed, and EHRs are believed to contribute greatly to physician burnout.[1]

Clinicians have expressed dissatisfaction with EHRs due to poor usability, time-consuming data entry, interference with face-to-face patient time, inefficiency, lack of interoperability, and degradation of documentation.[2]

Moreover, studies indicate that EHRs create clerical and cognitive burden, as well as interruptions and distractions that negate any benefits.[3]

EHRs place much greater demands on a clinician’s time compared to paper-based charts.[4]

Most clinicians see value in EHRs, but they want substantial improvements.

Experiences with EHRs can affect career plans as well as satisfaction.

A 2017 study by Sinsky et al. reported approximately 20 percent of physicians surveyed planned to reduce clinical hours in the next 12 months, and 26 percent planned to leave practice in the next two years.

Dissatisfaction with EHRs was an independent risk factor for those plans.[5]

Even though a lot has been published regarding poor experience with EHRs and their impact on clinicians, not much is known regarding functionality, organizational, training, and other factors that impact EHR experience.

This is the first article based on the KLAS Arch Collaborative survey to report qualitative and quantitative factors that influence the clinician’s experience with the EHR as well as compare experiences of physicians, nursing, and clinical subspecialties from two large academic medical centers.[7]

These factors identify areas of concern and focus on future EHR usability enhancements and implementation strategies that could lead to a better EHR experience and possibly decreased clinician burnout.

VCU has used Cerner EHR in outpatient and inpatient setting since 2006.[8]

The EHR Experience Survey is web-based and offered free for KLAS Arch Collaborative members. A PDF report summary and spreadsheet were sent to the participating organizations shortly after survey completion.

The survey is organized into the following themes 1) General Background; 2) Training; 3) EHR Personalization; 4) Satisfaction with EHR features; 5) Satisfaction with Organization; and 6) Free Text Comments. The surveys used by VCU and UCM were not identical and were administered six months apart.

At VCU, the survey results were frequently reported for “all clinicians” and “physicians” only; at UCM, reports were divided into “all clinicians,” “physicians and advanced practitioners,” “nurses,” and “allied health professionals.” Details of the survey are displayed in Table 1.

The difference in satisfaction at VCU reached statistical significance for ratings on: easy to learn, analytics, and impact on efficiency, suggesting the EHR’s functional and design challenges impacted physician workflow.

At UCM, there was not a statistically significant different between physicians and nurses in terms of the net experience score.

However, they were statistically different for satisfaction responses on reliability (83 percent versus 68 percent), indicating nursing perceived EHR use to be less reliable compared to physicians.

UCM physicians’ satisfaction rating on analytics and efficiency was also noted to be statistically significant compared to nursing peers.

Only 47 percent of physicians at both universities were satisfied with EHR-enabled quality of care, needed functionality (41 percent), expected external integration (21 percent), efficiency (19 percent), and analytics and reporting (16 percent) capabilities. Satisfaction with vendor EHR design quality (29 percent) and EHR implementation and support (37 percent) were also noted to be low.

Subgroup analysis of vendor satisfaction showed that only 25 percent of physicians at VCU were satisfied compared to 42 percent at UCM.

Satisfaction with the personal endeavor to learn the EHR was consistently reported to be high for nursing staff as compared to physicians at both institutions and was statistically significant.

Physicians at VCU reported completing 40 percent of charts during clinic hours as compared to 90 percent by nursing peers.

Satisfaction of physicians and practitioners at VCU in cardiology, endocrinology, family medicine, obstetrics and gynecology, infectious disease, neurology, pulmonology, and otolaryngology specialty areas was noted to be below 50 percent, whereas for UCM, more than 50 percent of specialty practitioners in emergency medicine, endocrinology, family medicine, infectious disease, neurology, nephrology, and orthopedics surgery reported being dissatisfied (Table 4).

The utilization of EHR personalization tools (e.g., order sets) was a significant predictor of EHR experience.

Personalization responses from non-providers at VCU were removed for this analysis.

Clinical templates were the most frequently used data input personalization tool both at VCU and UCM.

Interestingly, order sets, a tool that has a potential to decrease clinical variation, was not utilized by 47 percent of providers at both institutions.

Only 32 percent of providers at VCU and 30 percent at UCM found them useful.

The overall net EHR experience score for VCU was 6.2, or slightly positive, while the net EHR score for UCM was higher at 19.7.

The net EHR experience for VCU physicians was negative 6.2, which was significantly worse compared to the nursing staff experience score at VCU of 14.92.

The UCM net EHR experience score for physicians and nursing was noted to be lower than the average UCM score at 10.36 and 10.19.

The communication functions of “electronic consults,” “updates of patient information,” and “discharge instructions” were cited as valuable features.

Ability to use a split-screen function to view labs during a patient encounter and highlighted abnormal lab findings were reported as desired lab improvements.

Follow-up training from other providers rather than vendors who don’t understand the workflow was also cited as a needed improvement.

The frequency of unnecessary “pop-up” reminders and notes was reported as distracting and inefficient, as was the need to cut and paste from earlier notes.

Within the “improved functionality” theme, a large number of comments were noted in both the UCM and VCU samples (144 and 163, respectively). Subsequent review identified 15 sub-themes within the “efficiency” theme.

EHR experience scores were low at both institutions and worse among physicians than nurses.

Physicians at both universities had lower satisfaction scores for most domains of EHR features, with significantly lower scores for ease of learning, analytics, and reporting and efficiency compared to nursing peers, suggesting EHR usability may be disproportionately worse for physicians as compared to other clinician groups.

Moreover, only 47 of physicians at both universities were satisfied with EHR enabled quality of care, needed functionality (41), and expected external integration (21).

Satisfaction of certain specialty practitioners such as endocrinology, family medicine, infectious disease, nephrology, neurology, and pulmonology is low, suggesting the need for better EHR design and training to meet the demand of specialty areas.

Previous studies from Emani et al. and Shanafelt et al. have reported similar physician concerns and challenges with provider use of an EHR system.[1] [2]

In our survey, a minority (25 VCU versus 42 UCM) of physicians reported satisfaction with EHR design quality, a finding consistent with a “not acceptable” EHR usability ranking.

Usability challenges are related to several factors that include vendor non-adherence to EHR usability standards but also related to customization choices made by both the EHR vendors and healthcare providers during EHR implementation.

According to two recent studies, the average System Usability Scores on EHR use by physicians was 46 and for nurses was 58, both failing grades.[3] [4]

This difference between physician and nurse usability and satisfaction scores might be partially explained by VCU data where nurses had a much higher chart completion rate during working hours.

In addition, our survey noted low satisfaction with EHR implementation and support at both institutions (34 UCM versus 39 VCU).

Low satisfaction with EHR usability, implementation, and support underscores the need for research and investment in the discovery, dissemination, and application of scientifically proven best practices for EHR implementation and governance.[5]

Utilization of EHR personalization tools is a major predictor of EHR experience.

A significant predictor of net EHR experience score at VCU was initial training.

Deliberate and comprehensive end-user training is essential for implementation, actualization, and end-user satisfaction.

Given the variety of roles and specialized workflows performed by medical staff, physicians comprise a unique group of end users for whom distinct recommendations are essential.

However, there are few guidelines in the literature addressing the development and implementation of an EHR training program for physicians.

Because two-thirds of UCM respondents used Epic, it is possible that differences in the UCM and VCU survey responses may relate both to vendor differences and to rollout, design, and training philosophy differences.

Our findings regarding the importance of training and personalization were mirrored in a 2019 study by several Arch Collaborative members but add to the literature by providing differences between physician and nursing experiences and qualitative data analysis.[6]

In the most valuable improvements comment section, the greatest number of responses reflected efficiency gains.

This was true at both VCU and UCM and suggests system changes that result in improved efficiency gains are those deemed most valuable by users.

Further, when sub-themes for functionality were explored, reducing the documentation time burden was the largest category at both VCU and UCM.

Several limitations of this study should be noted.

In addition to a low survey response rate, the majority of responses from UCM reflected the use of a single EHR (Epic); but approximately 30 percent of responses were from users at Ingalls Memorial who used Cerner Soarian and a variety of other ambulatory EHR systems.

In addition, the surveys administered to the two academic medical centers were not identical, making exact comparisons difficult.

The survey was not validated and did not utilize an instrument to evaluate EHR usability or burnout.

The workflow of physicians, nursing, and allied health professionals is very different.

This survey is not specific enough to capture all aspects of the usability of all functional groups.

In this paper, we report the quantitative and qualitative analyses of feature, functionalities, organizational, training, and other factors that affect EHR experience while highlighting differences in experiences of physicians, nursing, and clinical specialties based on a survey by two large healthcare systems.

Experience with EHRs and their usability is low regardless of the system.

It may be improved by …

A substantial percentage of clinicians received no follow-on EHR training, an area for future improvement.

In the post-meaningful use era, we anticipate attention to usability by EHR vendors and reduced documentation requirements by government and private insurers.

Further research and investment are needed to determine best practices.

In the post-meaningful use era, we anticipate attention to usability by EHR vendors and reduced documentation requirements by government and private insurers. Further research and investment are needed to determine best practices

Vimal Mishra (vimal.mishra@vcuhealth.org) serves as the director of digital health at the American Medical Association (AMA) and a medical director and associate professor of medicine at Virginia Commonwealth University.

David Liebovitz (davidl@northwestern.edu) is a practicing internal medicine physician and co-director of the Center for Medical Education in Data Science and Digital Health within the Institute for Augmented Intelligence in Medicine for the Feinberg School of Medicine at Northwestern University

Michael Quinn (mquinn@medicine.bsd.uchicago.edu) is a senior research scientist with the Department of Medicine at the University of Chicago.

Le Kang (le.kang@vcuhealth.org) is an associate professor and program director for clinical research and biostatistics in the Department of Biostatistics at Virginia Commonwealth University

Thomas Yackel (thomas.yackel@vcuhealth.org) is the president of VCU Health MCV Physicians and senior associate dean for clinical affairs at the Virginia Commonwealth University.

Robert Hoyt (robert.hoyt@vcuhealth.org) is an associate clinical professor in the Department of Medicine at Virginia Commonwealth University School of Medicine. 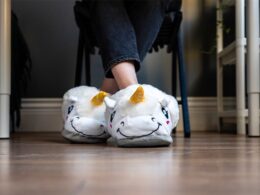 Remote Work Should Be (Mostly) Asynchronous 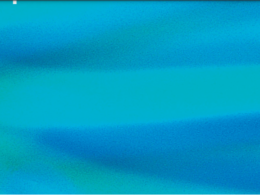 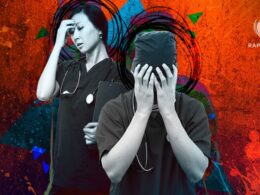 Reframing the Conversation Around Physician Burnout and Moral Injury: “We’re Not Suffering From a Yoga Deficiency”

Based on our focus group conversations, we propose an expanded framework of burnout to include previously underrecognized dimensions…
byJoaquim Cardoso 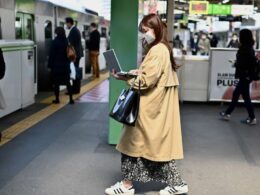 How to disconnect from work while on vacation 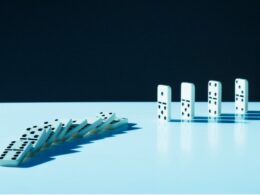 Burnout Is About Your Workplace, Not Your People 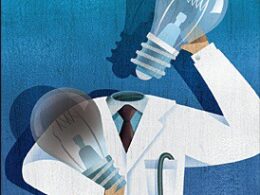 The Influence of Religious Belief on Burnout in Medical Students 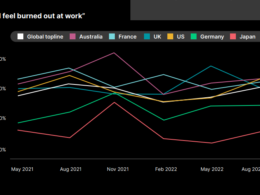 Burnout is on the rise – reaching 40% – particularly for women, younger workers, and middle managers [more pronounced in US workers] 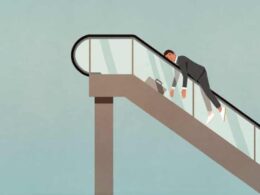 Your work is not your god: welcome to the age of the burnout epidemic

According to the modern work ethos, dignity and purpose are available to workers if only they engage with…
byJoaquim Cardoso