Participating in spiritual practices during childhood and adolescence may be a protective factor for a range of health and well-being outcomes in early adulthood, according to a new study from Harvard T.H. Chan School of Public Health.

Researchers found that people who attended weekly religious services or practiced daily prayer or meditation in their youth reported greater life satisfaction and positivity in their 20s-and were less likely to subsequently have depressive symptoms, smoke, use illicit drugs, or have a sexually transmitted infection-than people raised with less regular spiritual habits.

“Many children are raised religiously, and our study shows that this can powerfully affect their health behaviors, mental health, and overall happiness and well-being.”

“Many children are raised religiously, and our study shows that this can powerfully affect their health behaviors, mental health, and overall happiness and well-being.”

The study was published online September 13, 2018 in the American Journal of Epidemiology.

For this study, Chen and senior author Tyler VanderWeele, John L. Loeb and Frances Lehman Loeb Professor of Epidemiology, analyzed health data from mothers in the Nurses’ Health Study II (NHSII) and their children in the Growing Up Today Study (GUTS).

The sample included more than 5,000 youth who were followed for between 8–14 years.

The researchers controlled for many variables such as maternal health, socioeconomic status, and history of substance abuse or depressive symptoms, to try to isolate the effect of religious upbringing.

The results showed that people who attended religious services at least weekly in childhood and adolescence were approximately 18% more likely to report higher happiness as young adults (ages 23–30) than those who never attended services.

They were also 29% more likely to volunteer in their communities and 33% less likely to use illicit drugs.

The results showed that people who attended religious services at least weekly in childhood and adolescence were approximately 18% more likely to report higher happiness as young adults (ages 23–30) than those who never attended services.

They were also 29% more likely to volunteer in their communities and 33% less likely to use illicit drugs.

“While decisions about religion are not shaped principally by health, for adolescents who already hold religious beliefs, encouraging service attendance and private practices may be meaningful avenues to protect against some of the dangers of adolescence, including depression, substance abuse, and risk taking.

In addition, these practices may positively contribute to happiness, volunteering, a greater sense of mission and purpose, and to forgiveness,” said VanderWeele.

One limitation of the study is that it consisted mainly of children of white females of relatively high family socioeconomic status, and therefore might not be generalizable to a broader population, though prior research by VanderWeele suggested the effects of religious service attendance for adults may be even larger for black versus white populations.

Another limitation was that the study did not look at the influences of parents and peers on adolescents’ religious decisions.

While previous studies of adult populations have found religious service attendance to have a greater association with better health and well-being than prayer or meditation, the current study of adolescents found communal and private spiritual practices to be of roughly similar benefit.

Originally published at https://www.hsph.harvard.edu on September 13, 2018.

Chen is now a research scientist with the Harvard Institute for Quantitative Social Science’s Human Flourishing Program, which VanderWeele directs.

In the present study, we prospectively examined the associations of religious involvement in adolescence (including religious service attendance and prayer or meditation) with a wide array of psychological well-being, mental health, health behavior, physical health, and character strength outcomes in young adulthood.

Bonferroni correction was used to correct for multiple testing.

All models were controlled for sociodemographic characteristics, maternal health, and prior values of the outcome variables whenever data were available.

Compared with no attendance, at least weekly attendance of religious services was associated with greater life satisfaction and positive affect, a number of character strengths, lower probabilities of marijuana use and early sexual initiation, and fewer lifetime sexual partners.

Although decisions about religion are not shaped principally by health, encouraging service attendance and private practices in adolescents who already hold religious beliefs may be meaningful avenues of development and support, possibly leading to better health and well-being. 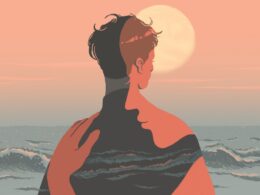 This is an excerpt of the paper “Spiritual Well-Being and Mental Health During the COVID-19 Pandemic in Italy”,…
byJoaquim Cardoso 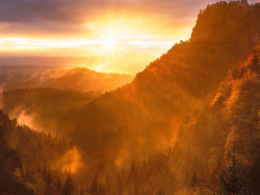 Sabbath: An Enduring Principle For the Soul [and to prevent burnout]

Christian Spirituality institute for bible teachingand christian discipleship This is a republication fo the article “Sabbath: An Enduring…
byJoaquim Cardoso 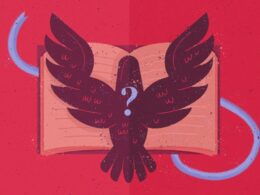 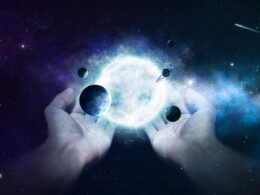 In the beginning, God created the heavens and the earth (Gênesis 1.1b)

institute for Christian Spirituality God’s Decree And Creation BIBLICAL TEXT: Genesis 1.1b God in His sovereignty actively controls all that…
byJoaquim Cardoso 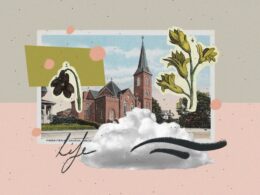 CrosswayHenry Scougal (1650–1678)June 02, 2022 Mistakes about Religion I cannot speak about religion without lamenting that among so many…
byJoaquim Cardoso 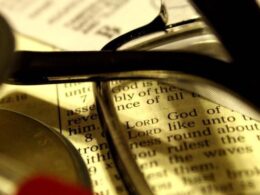 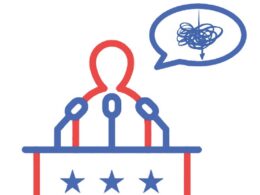 God Hates Lying. We Should Too. And God doesn’t give political exemptions 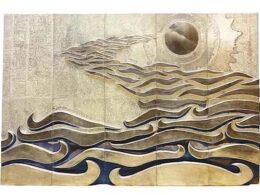