Remote Patient Monitoring Could Solve Health Care’s Biggest Problems. So Why Hasn’t It?

It’s one of several startups diving into remote patient monitoring (RPM), a rapidly growing industry that saw favor post-pandemic as the world’s hospitals were short on beds and clinical practices shuttered their doors.

Not enough labor in health care

Remote patient monitoring had long been heralded as a way to help doctors treat patients without seeing them regularly. Using medical devices, physicians could track patient health outside of the clinical setting and intervene early if necessary.

But for a long time, this class of technology couldn’t win over doctors and insurers, who were slow to embrace these devices.

So what’s fueling the new wave of funding?

“We’ve hit the wall in terms of human resource shortage. We just don’t have enough humans to take care of other humans on the planet,” said health care consultant Clive Smith , who serves as CEO of , a remote patient monitoring startup with a flagship use-at-home stethoscope.

The promise of RPM

The goal of RPM devices was meant to help doctors track their patients between appointments, and develop a better snapshot of how patients fared in their everyday lives outside of the clinic.

This was especially crucial for patients with chronic conditions with poor disease management, and would allow the doctor to intervene before an upcoming appointment.

“God forbid something happens in between the first visit and the second visit,” said Jacob Effron , principal investor at Redpoint Ventures , who is focused on health care investments.

But early remote patient monitoring devices faced a few key challenges. Comprehensive data tools oversaturated doctors’ offices with bits of data collected over the days and weeks of every minute of every patient. This forced clinicians to either sift through a mountain of numbers or ignore it.

Setting up the technology also proved challenging. Some patients, especially older individuals, ran into troubleshooting issues. This rendered the devices useless and turned workers at doctors’ offices into IT help, creating inefficiencies at clinics.

There was also very little insurance support, which meant a doctor rarely got paid for giving patients an RPM device.

“A lot of the art of good health care companies is figuring out how to really become part of a doctor’s workflow in a way that really helps them take care of a patient but doesn’t give them a ton of noise,” Effron said.

But the tide is turning.

The technology itself also improved.

An increasing number of startups are creating software to pair with medical devices. Leveraging artificial intelligence and machine learning, medical device software can predict changes or irregularities and alert the doctor, as opposed to dumping data on their lap.

The startup provides a wearable sensor for people at risk of heart failure. The sensor, along with the app, collects data on key blood biomarkers like NT-proBNP (which is responsible for cardiac-related functions) throughout the day and alerts the doctor of any abnormalities.

“That’s really important for doctors to know because that tends to happen well before the patient becomes symptomatic,” said Javier Echenique , CEO and co-founder of General Prognostics. “And that gives the doctor an opportunity to say, okay, let’s adjust your medications because it looks like you’re destabilized. And if [they] can adjust your meds and get you back stable, we can avoid a hospital visit.”

General Prognostics is currently conducting a clinical study and the company’s AI is trained on data collected from the participating patients.

The company says it will meet data requirements from the Food and Drug Administration as well as compete with data competitors in the space have collected. By May 2024, the company expects to get clearance from the FDA and start releasing its device to the public.

Several of these startups also manage the logistical work of using RPM, unburdening doctors when patients run into issues. For example, , which has an at-home kit that monitors patient vitals, sets up its devices in a patient’s home. Athelas raised $59 million in January, the largest raise in the RPM space so far according to Crunchbase data.

Preventative care and power of data

In recent years, there has been a push to collect and leverage data in the health care system to help public health officials, hospital systems and physicians create better predictions about patient health.

As a result, it can be argued that RPM startups like General Prognostics play a key role in keeping health care costs low.

Those with general heart diseases may also want to monitor potassium. And everyone from doctors to patients want to monitor these levels in a noninvasive way that doesn’t involve getting blood drawn regularly.

“ The blood is a very good representative of what’s going on in the body. In the ideal world you should just be able to get that data anytime, anywhere,” said Sidhant Jena , co-founder and advisor at General Prognostics. “But it’s not the case, we don’t live in that world.”

Problems down the road

With multiple startups popping up, all with gadgets and apps and cloud systems, the RPM industry must brace for consolidation.

This is especially an issue for what is likely to be the largest demographic utilizing RPM : Baby Boomers, who will soon become the oldest and longest-living generation in recent history.

Saddling these users with a handful of disparate devices, all of which perform different functions and require troubleshooting, could defeat the purpose of RPM altogether. Without patient adoption, physicians can’t utilize any new technology that enters the market.

“Every company that makes a device has delusions of grandeur that the world revolves around their gadgets,” Smith said. “The result is just a chaotic mess where nothing really works very well. And getting patients to try and do this stuff is just way too complicated.”

Originally published at https://news.crunchbase.com on September 30, 2022. 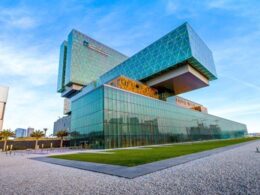 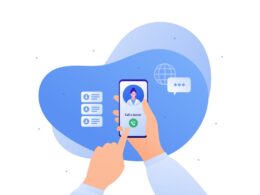 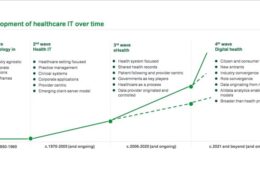 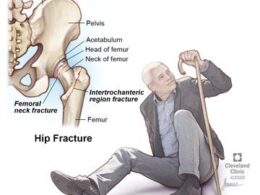 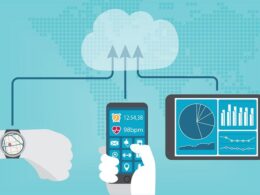 How Connected Healthcare Is Advancing in a Big Way

Digital disruption that previously hit retail, financial services and many other sectors is now descending on healthcare. Information…
byJoaquim Cardoso 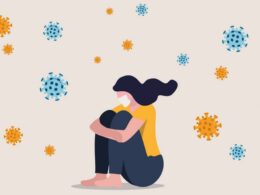 Tackling the mental health impact of the COVID-19 crisis: An integrated, whole-of-society response

Temporary “tattoos” that measure blood pressure, made of graphene — that are thin and flexible 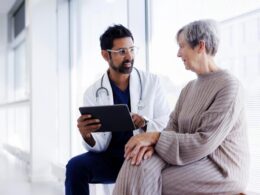 How Employers Are Using Digital Technology To Improve Healthcare ROI