The illusion of evidence based medicine

Evidence based medicine has been corrupted by corporate interests, failed regulation, and commercialisation of academia

Evidence based medicine has been corrupted by corporate interests, failed regulation, and commercialisation of academia, argue these authors

The advent of evidence based medicine was a paradigm shift intended to provide a solid scientific foundation for medicine.

The validity of this new paradigm, however, depends on reliable data from clinical trials, most of which are conducted by the pharmaceutical industry and reported in the names of senior academics.

The release into the public domain of previously confidential pharmaceutical industry documents has given the medical community valuable insight into the degree to which industry sponsored clinical trials are misrepresented. 1234

Until this problem is corrected, evidence based medicine will remain an illusion.

The philosophy of critical rationalism, advanced by the philosopher Karl Popper, famously advocated for the integrity of science and its role in an open, democratic society.

A science of real integrity would be one in which practitioners are careful not to cling to cherished hypotheses and take seriously the outcome of the most stringent experiments. 5

This ideal is, however, threatened by corporations, in which financial interests trump the common good.

Medicine is largely dominated by a small number of very large pharmaceutical companies that compete for market share, but are effectively united in their efforts to expanding that market.

The short term stimulus to biomedical research because of privatisation has been celebrated by free market champions, but the unintended, long term consequences for medicine have been severe.

Scientific progress is thwarted by the ownership of data and knowledge because industry suppresses negative trial results, fails to report adverse events, and does not share raw data with the academic research community.

Patients die because of the adverse impact of commercial interests on the research agenda, universities, and regulators.

The pharmaceutical industry’s responsibility to its shareholders means that priority must be given to their hierarchical power structures, product loyalty, and public relations propaganda over scientific integrity.

Although universities have always been elite institutions prone to influence through endowments, they have long laid claim to being guardians of truth and the moral conscience of society.

But in the face of inadequate government funding, they have adopted a neo-liberal market approach, actively seeking pharmaceutical funding on commercial terms.

As a result, university departments become instruments of industry: through company control of the research agenda and ghostwriting of medical journal articles and continuing medical education, academics become agents for the promotion of commercial products. 6

When scandals involving industry-academe partnership are exposed in the mainstream media, trust in academic institutions is weakened and the vision of an open society is betrayed.

The corporate university also compromises the concept of academic leadership.

Deans who reached their leadership positions by virtue of distinguished contributions to their disciplines have in places been replaced with fundraisers and academic managers, who are forced to demonstrate their profitability or show how they can attract corporate sponsors.

In medicine, those who succeed in academia are likely to be key opinion leaders (KOLs in marketing parlance), whose careers can be advanced through the opportunities provided by industry.

KOLs are sought out by industry for this influence and for the prestige that their university affiliation brings to the branding of the company’s products.

Instead of acting as independent, disinterested scientists and critically evaluating a drug’s performance, they become what marketing executives refer to as “product champions.”

Ironically, industry sponsored KOLs appear to enjoy many of the advantages of academic freedom, supported as they are by their universities, the industry, and journal editors for expressing their views, even when those views are incongruent with the real evidence.

While universities fail to correct misrepresentations of the science from such collaborations, critics of industry face rejections from journals, legal threats, and the potential destruction of their careers. 8

This uneven playing field is exactly what concerned Popper when he wrote about suppression and control of the means of science communication. 9

The preservation of institutions designed to further scientific objectivity and impartiality (i.e., public laboratories, independent scientific periodicals and congresses) is entirely at the mercy of political and commercial power; vested interest will always override the rationality of evidence. 10

Regulators receive funding from industry and use industry funded and performed trials to approve drugs, without in most cases seeing the raw data.

What confidence do we have in a system in which drug companies are permitted to “mark their own homework” rather than having their products tested by independent experts as part of a public regulatory system?

Unconcerned governments and captured regulators are unlikely to initiate necessary change to remove research from industry altogether and clean up publishing models that depend on reprint revenue, advertising, and sponsorship revenue.

Our proposals for reforms include:

With the necessary changes to trial consent forms, participants could require trialists to make the data freely available.

The open and transparent publication of data are in keeping with our moral obligation to trial participants-real people who have been involved in risky treatment and have a right to expect that the results of their participation will be used in keeping with principles of scientific rigour.

Industry concerns about privacy and intellectual property rights should not hold sway.

Both authors have been remunerated by Los Angeles law firm, Baum, Hedlund, Aristei and Goldman for a fraction of the work they have done in analysing and critiquing GlaxoSmithKline’s paroxetine Study 329 and Forest Laboratories citalopram Study CIT-MD-18. They have no other competing interests to declare. 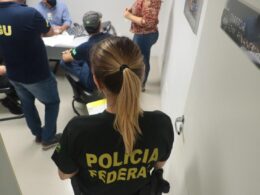 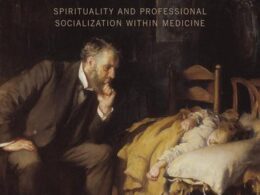 Do Spirituality and Medicine Go Together? 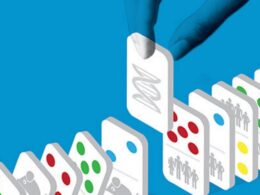 Biomarker development has facilitated progress in clinical trial design, with unprecedented advances in genomics and immunology

This is a republication of the paper “The next generation of evidence-based medicine — Deep Medicine, AI enabled”, with the…
byJoaquim Cardoso 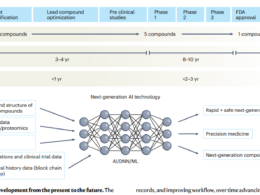 This is a republication of the paper “The next generation of evidence-based medicine — Deep Medicine, AI enabled”, with the…
byJoaquim Cardoso