A study by a research team at MIT’s Jameel Clinic has found that AI can predict lung cancer risk six years into the future using a single CT scan.

LDCT is an effective lung-cancer screening tool and the U.S. Preventive Services Task Force recommends annual scans for people aged 50 years and older with a 20-pack-a-year history of smoking.

However, only a fraction of the target population are screened as per the recommendations, creating a need for ways to increase the rate and thereby enable timely treatment of more people.

A research team at MIT’s Jameel Clinic identified deep learning as a way to tackle the problem and worked with collaborators at other institutions to train and validate a model.

“When training, the model is given these LDCTs and it tries to predict whether or not each participant develops cancer in the next year, in the next two years, …, or in the next six years.

From the mistakes the model makes, it learns to refine its predictions and improve its accuracy.

In this way, the model is not told to look at anything specific; instead, it learns the visual cues that are predictive of future lung cancer by looking at a large set of such imaging data,” Barzilay said.

Barzilay and her collaborators trained the model, which they call Sybil, using LDCTs from the National Lung Screening Trial (NLST).

The CGMH LDCTs included scans of nonsmokers, while the other datasets were limited to people who smoked.

Accuracy fell further out from the scan, sliding by year five to 0.78 in the MGH data and by year six to 0.75 the NLST data and 0.74 the CGMH data.

The results encouraged the researchers to keep developing the model.

groups that were underrepresented in the validation datasets, and how it generalizes to nonsmokers and can be useful to radiologists.

“To answer all of these questions, Sybil is being deployed in different clinics solely for research purposes at the moment,” Barzilay said.

“Additionally, a major aim of our research was to make the model publicly available, so there is no intention to commercialize it.

The tool will only be used within a research framework for now.

It will require regulation if it’s to be used as a medical device, but the regulation of medical AI is also an interesting and rapidly evolving space.”

Hence, the US Preventive Services Task Force recommends annual LDCTs for those age 50 years and older with a 20 pack-year history of smoking.2

There are currently major shortcomings in achieving appropriate LCS.

For instance, in the United States, a dismal < 10% of the eligible population is being screened.3–5

For instance, in the United States, a dismal < 10% of the eligible population is being screened.3–5

Evidence also suggests those being screened are not being optimally routed to follow-up or kept engaged in long-term screening.6–8

In parallel, lung cancer diagnoses among never- and lighter-smokers are rapidly rising,9,10 suggesting that if we continue to focus research about LCS only on heavier smokers, a gap will persist between the screen population and the disease population.

One strategy that could help address these disparate LCS obstacles is to improve the efficiency and benefits of LCS by individualizing assessment of future lung cancer risk.

Past efforts to improve LCS rates have focused on identifying those at the highest risk for lung cancer and directing available resources to screen them.

To that end, significant progress has been made using clinical and demographic variables as well as chest radiographs to model lung cancer risk among smokers, and an ongoing clinical trial is examining the utility of one such clinical model (PLCOm2012) to select patients for LDCT screening.11–16

Others showed improved risk predictions when combining PLCOm2012 with outcomes from the last three screens, but did not leverage image data directly.18,19

We hypothesize that LDCT images contain information that is predictive of future lung cancer risk beyond currently identifiable features such as lung nodules.

Therefore, we aimed to develop and validate a deep learning algorithm that predicts future lung cancer risk out to 6 years from a single LDCT scan, and assess its potential clinical impact.

See the original publication (this is an excerpt version only)

See the original publication (this is an excerpt version only)

Sybil’s assessment may not correspond to how a human radiologist would approach image analysis. We sought to gain insight into the visual characteristics that Sybil might consider in making predictions. We noted an association between Sybil’s ability to correctly lateralize the location of future cancers and the likelihood that an LDCT receives a high-risk score (Appendix Table A6, online only), indicating that when Sybil predicts high future lung cancer risk, the signal it uses localizes to specific at-risk regions rather than being equally spread over the entire thorax. We also found that traditional clinical risk factors such as smoking duration can be predicted directly from the LDCT images (Appendix Fig A2, online only, Appendix Table A7, online only), suggesting that Sybil may also infer biologically relevant information from LDCT images. To distinguish between cancer detection and future cancer risk, we removed visible lung nodules that were known to be cancerous from the analysis set. We found that Sybil’s performance was lower on this set but still possessed predictive power.

As is standard practice, we sought to compare Sybil with other models used for lung cancer risk prediction. However, although several models have been developed to improve LCS and detection, none are valid comparisons to Sybil as they differ in goal, scope, data input, and code availability (Table 2). Many models require either clinical data, manual identification and characterization of nodules, multiple LDCTs, or the Lung-RADS assessment of a radiologist. In general, the models can be divided into those that predict risk before a scan has been performed and can be used to steer high-risk patients toward screening, and those that predict risk after a scan has been performed and use data from the scan (either images or descriptions of images) as model input. The two most similar models to Sybil are likely the two that are post-LDCT and analyze the CT images themselves to predict risk, namely, the models published by Ardila and by Huang. However, they are limited in the number of years to cancer incidence that they predict. Additionally, we could not implement either of these models to test head-to-head against Sybil for short-term cancer risk prediction because their code bases were not made public.

On the basis of our initial results, one potential clinical application is to use Sybil to decrease follow-up scans or biopsies among patients with nodules that are low risk. Indeed, increasing the specificity of LDCT screening was a key advantage of the Lung-RADS system compared with the nodule assessment algorithm used in the NLST study, and underlies its adoption as the gold standard in the United States. In our assessment of the NLST test set, Sybil further reduced the FPR to 8% for baseline scans, compared with 14% for Lung-RADS 1.0, while maintaining equivalent sensitivity. In addition to false positives, false negatives or missed interval cancers among patients engaged in LCS programs are a major concern for both medical and legal reasons. NLST investigators examined the 44 missed interval lung cancers in the NLST and found, upon retrospective review, most missed cases could have potentially been avoided but for human error.34 Although anecdotal, the cases discussed in Figure 3 similarly spark contemplation about whether Sybil could be harnessed to decrease follow-up intervals or increase prioritization by the patient navigator and other tools to ensure those at highest risk are followed most closely. The benefit of such interventions will require confirmation in prospective clinical trials.

Before Sybil can be studied prospectively, the first step is to gain confidence that it is generalizable. Sybil was developed using scans from the NLST, which were obtained in 2002–2004 from US patients who were overwhelmingly White (92%). Changes in CT technology over time might adversely affect Sybil’s translation, hence we chose more modern cohorts for independent validation. Differences in image slice thickness over time were noted, although we had already excluded scans with images thicker than 2.5 mm from the initial Sybil build. Despite technological changes, Sybil generalized well across these modern and diverse validation cohorts. Notably in CGMH, Sybil maintained its performance in a population that likely consists of a plurality of nonsmokers. However, none of the cohorts presented here include sufficient Black or Hispanic patients to have confidence in broad applicability yet.

There are several limitations to this study. In addition to the aforementioned lack of a true comparator model and suboptimal population diversity to date, the work presented here is solely retrospective. As the cohorts we studied consisted of subjects engaged in LCS, we cannot assess Sybil’s ability to detect cancers presenting independently from a screening program. Importantly, we do not have access to detailed smoking data from CGMH subjects, so conclusions about Sybil’s ability to predict lung cancer from images in nonsmokers remain speculative. Although the CGMH cohort likely consists mostly of nonsmokers, the lung cancer incidence in Taiwan among nonsmokers is also significantly higher than most countries.24 Top priorities for next steps are understanding whether Sybil might facilitate LCS research into populations outside the current US Preventive Services Task Force criteria and which strategies are optimal to incorporate Sybil’s risk predictions into real-world LCS patient management and decision making.35 Like all artificial intelligence tools being developed for health care application, careful and transparent development of Sybil including critical assessment of shortcomings will be necessary.

To facilitate Sybil’s use and promote further research into clinical applications of this model, the algorithm is publicly available along with the image annotations generated on the NLST dataset. 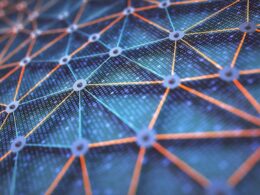 The reproducibility issues that haunt health-care AI. How to fix them? 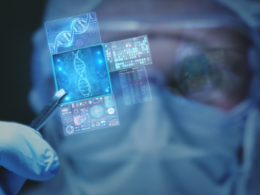 What are the misaligned incentives that are necessary to fix, to accelerate the adoption of AI in Health Care? (4/4)

This is an excerpt of the article “Why is AI adoption in health care lagging?”, with a focus…
byJoaquim Cardoso 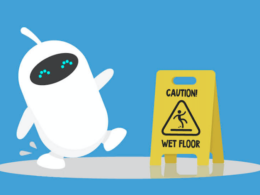 Skeptical Take on the A.I. Revolution — [current A.I. systems lack mechanisms for checking the truth of their statements] 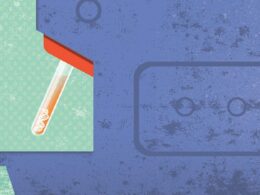 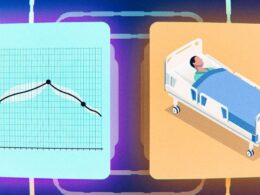 Here’s how an algorithm guides a medical decision – Case: Sepsis 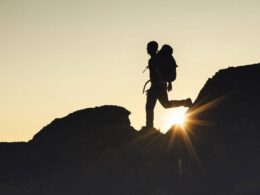 Covid-19 is why measuring population health outcomes is needed now more than ever. JUNE 07, 2022 By Jad Bitar, Nikhil…
byJoaquim Cardoso 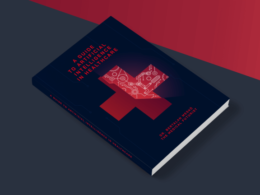 The 8 Most Reassuring Examples of Using A.I. In Healthcare 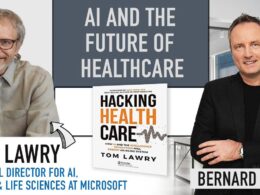 How AI And Machine Learning Will Impact The Future Of Healthcare