The AI-powered online doctor app is ditching its controversial NHS contracts as it focuses on the US market.

with CEO Ali Parsa calling such projects “a distraction” that aren’t lucrative enough to bother with as the company seeks to cut costs.

Babylon’s quiet exit from all but one of its NHS projects may be welcomed by some who saw the AI health care company as an example of privatization in the UK’s public health system.

But ending contracts early after a chaos-causing rollout has also raised eyebrows-and condemnation from one MP-after years of messy disruption that left a health authority facing a £22 million shortfall due to the volume of people signing up to use the digital service.

The use of Babylon triggered complaints from health regulator MHRA, and clinicians reported that the AI was missing signs of serious illness.

One complaint even questioned whether the AI symptoms app even works.

An AI-based chatbot used for triaging patients,
as well as a digital-first medical practice called GP at Hand, in which registered patients can chat to a doctor via video calls.

Babylon offered two main services in the UK: (1) An AI-based chatbot used for triaging patients, (2) as well as a digital-first medical practice called GP at Hand, in which registered patients can chat to a doctor via video calls.

Founded in 2013, the company controversially launched its GP services in the UK in 2016, …

… followed by moves into the Rwandan, Canadian and US markets, with a SPAC public offering last year valuing the company at $4.2 billion.

Since that high, the company’s stock price has fallen 90 percent amid rumors it may go private again, and it has sold off its Canadian business in favor of a local licensing agreement.

It is now stepping back from most of its public health projects in the NHS.

Despite the concerns raised by clinicians and the health regulator, Babylon signed three projects with NHS hospital trusts.

In 2020, Royal Berkshire NHS Foundation Trust agreed a one-year pilot project for an accident and emergency triage app, which a spokesperson said it chose not to renew, though the app at the core of that trial was shut down by Babylon, so renewal wasn’t possible.

In 2020, Royal Berkshire NHS Foundation Trust agreed a one-year pilot project for an accident and emergency triage app, … which was shut down by Babylon…

The trust ended the contract in July, a spokesperson said, in favor of a new emergency department registration and triage project.

The trust ended the contract in July, … in favor of a new emergency department registration and triage project.

Lastly, the Royal Wolverhampton NHS Trust (RWT) followed up a project on a Covid-19 app in 2020 with a ten-year partnership in 2021 for a digital-first primary care service covering 55,000 patients, letting them view their own records and book appointments via an app that would monitor conditions and even diagnose illnesses.

Two years in, Babylon ended the contract as it wasn’t making enough revenue, according to Tim Rideout, general manager for the UK at Babylon, in an interview with WIRED.

Lastly, the Royal Wolverhampton NHS Trust (RWT) followed up a project on a Covid-19 app in 2020 with a ten-year partnership in 2021 for a digital-first primary care service …, letting them view their own records and book appointments via an app that would monitor conditions and even diagnose illnesses.

Two years in, Babylon ended the contract as it wasn’t making enough revenue,

Rideout says about 7,000 patients had signed up to the RWT service (out of 55,000 patients). “It’s just not generating sufficient funds for us to be able to justify the expenditure or system integration the trust wants us to do,” Rideout says. “We just couldn’t afford to continue to invest.”

The transition to a new provider won’t impact patient care, RWT stresses, and Babylon will continue to support the trust until it finds a new provider as well as cover the costs of transferring the service, Rideout says. “It’s not as if we’re cutting and running,” he says.

Cost cutting has led the company to reconsider the profitability of all of its contracts as it expands its operations in the US, Parsa noted in a recent results call with analysts.

“Those two or three small NHS contracts that you refer to-and those are not our significant primary-care contracts- those are marginal contracts for us, more in that category of contracts where we could not see a significant contribution to our profit margin,” he said.

“And they also had a rather small contribution to our revenue. And therefore we saw them as a distraction and terminated those contracts.”

GP at Hand also isn’t making money, but is seen by Babylon as core to its business in the UK.

In 2016, Babylon took over a GP office in Fulham, London, to run as a digital-led practice, sparking concerns that it was favoring younger, easier-to-treat patients and had too many people on its books-it recently topped 115,000 patients, when a standard GP is less than a tenth of the size.

The new model meant Londoners from across much of the city could sign up, rather than stay with a local GP, sparking that £22-million shortfall in the budget of the local West London health authority.

Babylon is retaining GP at Hand, though it’s not making a profit.

In the NHS, GP practices are run as private businesses and doled out a flat fee per patient that works out to an average £155 per capita annually.

Rideout claimed that GP at Hand patients have six appointments per year versus an average three for patients with standard GPs; however, the Royal College of GPs suggests patients actually see their GP an average seven times a year.

In the NHS, GP practices are run as private businesses and doled out a flat fee per patient that works out to an average £155 per capita annually.

Rideout claimed that GP at Hand patients have six appointments per year versus an average three for patients with standard GPs; however, the Royal College of GPs suggests patients actually see their GP an average seven times a year.

GP at Hand states that its system reduces secondary care visits, such as to hospitals.

However, Rideout says Babylon doesn’t earn the benefit of those cost reductions-which is true for other efficient GP practices-and also doesn’t qualify a specific type of funding related to reimbursement for premises.

That adds up to an operating loss for GP at Hand, and until that situation changes, the practice will shut its Birmingham branches, which treat 5,000 patients, and not expand further.

“We’re fully invested and committed to maintaining GP at Hand, and we’re continuing to work with the NHS to try and change the way that they fund it so it’s more viable,” Rideout says.

“Internally, we’re working to make sure we’re as efficient as we can possibly be, and once we get to a place where it breaks even, then we’ll start to expand.”

To understand Babylon’s half-step away from the NHS in its home market, it’s worth seeing where it’s expanding: the US.

Though initially headquartered in the UK, Babylon is increasingly focusing on the American market — Parsa himself moved to the US this year, and the company listed in New York rather than London-with the number of patients covered in the US climbing by 220 percent over the last year, already topping UK figures.

There’s more money sloshing around the US because of its private health care system. (The UK spends half as much per capita than the US.)

But is Babylon’s departure from the NHS down to an inability to extract money out of a public, free-at-point-of-use, universal health care system? Rideout disagrees.

“It isn’t an ontological thing about private versus state-it’s more about relative levels of funding and the nature of individual contracts,” he says, stressing for the avoidance of doubt that he’s an advocate for universal health care.

But Rideout admits that the increasing financial pressures on the NHS are part of the equation, adding that wider macroeconomic concerns also mean capital is far more expensive than it used to be.

“Economically it’s become much more challenging, so we’ve had to make some quite difficult decisions about contracts,” he says.

Babylon isn’t the first private company to fail to deliver on bold claims to cut costs in the public health network, …

“We have seen numerous commercial providers claiming to have economies of scale come and go from NHS general practice as even they struggle to balance the books,” Drage says.

“The long-established and proven partnership model of community-based GPs remains the best for patient care and offers the greatest value to taxpayers.”

That’s perhaps disruption of the wrong sort for health care systems, and makes it harder for the companies trying to innovate, especially if the costs of projects lead to providers pulling out or struggling to stay afloat.

It’s proving difficult for tech giants to get a foothold even in the more lucrative US market, though Amazon is willing to give it a try via its $3.9 billion acquisition of health care provider One Medical.

But can they innovate? Drage thinks so.

After all, GPs across the country switched to virtual appointments and digital tools during pandemic lockdowns, negating one unique aspect of Babylon’s offering.

And that’s a source of frustration.

Back in 2018, then health minister Matt Hancock promoted Babylon in a paid-for supplement as a solution for long appointment wait times at GPs, but that tune has changed after the pandemic, with the government now saying it would “name and shame” doctors who saw too few patients in person.

Why is there praise for private startups and condemnation for in-house innovation?

“London’s GP practices worked hard to improve online appointment provision at the start of the pandemic with few additional resources to support them, and many of the best innovations came from individual practices adapting to meet the needs of their patients and not through top-down imposition,” says Drage.

“Their reward for this was being repeatedly chastised by politicians for offering too many remote appointments.”

That frustration extends to the fact the NHS had to bend and twist to fit Babylon into the system, only for it to then retreat.

Andy Slaughter, the Labour MP who condemned the Babylon rollout, represents the constituency where GP at Hand is based, and has been critical of the disruption for years.

He noted on Twitter: “Babylon did disrupt primary care, especially in [Hammersmith and Fulham].

They thought they had a get-rich-quick scheme and were backed by then Health Secretary Matt Hancock.

Now it has turned to dust, but why should the NHS be prey to private providers and their cheerleaders in government?”

Rideout admits Babylon presented challenges to local health authorities in the early days, but claims they now have a more “positive” relationship.

“If you just provide what everybody else has always provided, that’s not disruptive, but frankly it doesn’t do what the system needs, which is a significant reengineering.”

.. frankly it doesn’t do what the system needs, which is a significant reengineering.”

Innovation in health care is complicated, says Drage, and rather than move fast and break things, new systems and technology should be introduced only without risk to patients, other providers, and budgets.

“Politicians and NHS leaders should not assume that technology alone will simply bridge the gap between demand for GP services and the capacity problems created by a workforce crisis and decades of systemic underfunding,” she adds. On that point, Babylon might agree.

Back in 2018, then health minister Matt Hancock

Tim Rideout, general manager for the UK at Babylon, 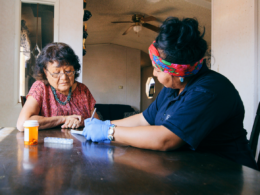 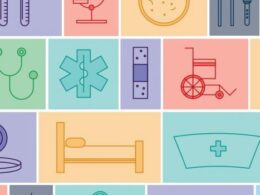 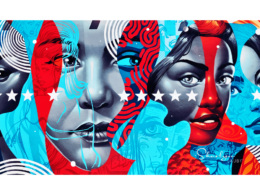 The 5 Stages of Digital Maturity — what is the stage of your organization? 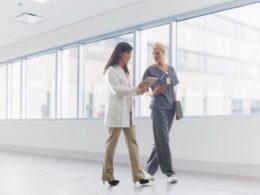 The arrival of data and analytics platforms kicks open the door for a revolution in healthcare products, services,…
byJoaquim Cardoso 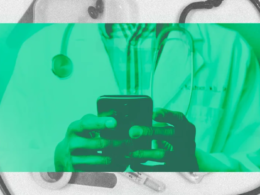 Healthcare may be a recession-proof field, but healthtech is not 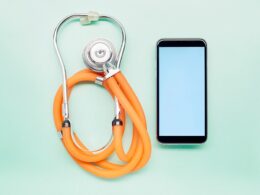 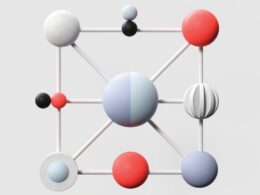 What Are the Insights from the Digital Transformation of Novartis? [4/6]

This is a republication of the article below, with the title above, with a focus on the topic…
byJoaquim Cardoso