Throughout the pandemic, biopharma M&A has continued at a brisk pace, with large companies focusing on small and midsize deals to help drive growth and innovation.

These are deceptively complex transactions, with as few as six weeks between announcement and close, and there is a lot at stake.

Acquirers are often paying a significant premium based on the target’s portfolio, technology, and talent, as well as on the potential financial benefits of combining the two companies.

One would therefore expect acquirers to work quickly after the deal is announced to define the integration strategy and the operating model for the combined company in order to identify the talent they want to retain, ensure business continuity, and preserve value.

But in our work with more than 20 recent biopharma integrations, we saw acquiring companies often fall victim to several damaging myths about these transactions that delayed action and destroyed value.

Acquirers need to dispel these myths and adopt an integration approach that focuses on value drivers first and cost synergies later,that quickly defines the combined operating model, that prioritizes talent retention, that is cross-functional and centrally governed, and that ensures readiness on Day One while maintaining a focus on value.

Benefits and Challenges of These Acquisitions

In addition, the buyer’s scale can often increase the value of the acquired company’s products and platforms in the market.

But to win these deals and secure access to assets, buyers are consistently paying premiums that can reach 150% or even more over the pre-transaction market value.

Moreover, the handoff from the team that negotiates the deal to the integration team responsible for delivering on the deal’s promise is not always smooth.

As a result, gaps in the integration team’s understanding of the deal’s rationale and value drivers often impede success.

Indeed, the period between announcing and closing the deal is particularly challenging for the acquiring company.

If there is an information vacuum at the acquired company-and there often is-its employees don’t understand what the transaction means for them; they become anxious and start shopping their resumes and looking to the exits. At a certain point, efforts to retain talent become futile.

The acquirer must move quickly to articulate to key employees of the acquired company how the new, combined company will operate and the value of being part of it.

Only then will the acquirer be able to retain the talent it needs, maintain business continuity, and realize the full potential of the acquisition.

Despite the substantial premium that biopharma companies are paying to acquire small and midsize assets, many continue to downplay the need for disciplined integration of these companies.

The 5 myths of integration

In our experience, such acquirers believe they can forgo robust integration planning because they have fallen victim to at least one of the following five myths. (See Exhibit 2).

1 . We should focus first on cost synergies

The problem here is that overemphasizing cost synergies can rapidly sap creative energy and innovation from the target-and creativity and innovation are often the capabilities that drew the acquirer’s attention in the first place.

2 . The newly acquired company will be separate, independent, or standalone.

This myth is grounded in what seems like sound reasoning: management should take as much time as possible to gather information before making decisions about how to design the combined company’s operating model and which talent to keep. The assumption is that delayed decision making has no negative consequences. But in fact, delays create huge uncertainty, which hurts talent retention and business continuity. Furthermore, keeping the target isolated for too long as the acquirer develops integration plans can end up starving it of necessary resources, which can mean missing out on opportunities for rapid value creation.

4 . Each function can do its own integration.

This creates chaos at the acquired company as people receive misaligned messages and the rumor mill runs full tilt. Moreover, while senior executives at the acquiring company generally understand the value creation potential of the deal, too often the value drivers and how they should be maximized are not understood broadly. A decentralized approach to integration also makes it challenging to ensure consistency across functions. For example, some functions may require the acquired company to adapt to the acquirer’s ways of working. But high-functioning target teams may not operate effectively when forced into the acquirer’s operating model too quickly or without thought to the consequences. Without a disciplined integration emphasizing robust coordination, value will be lost.

5 . Legally, we can’t do much until the deal closes and we have control of the acquired company.

In fact, it’s possible to do quite a lot of planning before the deal closes. Simply having the plans ready at close can accelerate value capture by several months. Legal counsel can advise on what can and can’t be planned pre-close.

How to Enable a Robust Integration

To help large biopharma companies avoid the value destruction that can result from failure to pursue a disciplined approach to integration, we recommend the following practices, which strike the right balance between too much and too little planning.

Unlike in a mega merger, cost synergies are generally not the primary value driver in small and midsize transactions, which tend to prioritize growth. During the integration planning, the acquiring company should focus first on identifying and investing appropriately in critical growth areas. This mindset will help the acquirer rapidly grow and scale the target. Furthermore, the cost synergies in a small or midsize transaction are usually found in back-office and support functions. These synergies are easier to identify and activate than in larger deals, so there is little downside to deprioritizing them during the integration.

2 . Rapidly design the operating model of the combined company.

Design the operating model for the integrated organization as quickly as possible, prioritize the identified value drivers, and clearly articulate how the acquiring company will leverage any of the target’s “secret sauce” capabilities across the merged company. Until the operating model is understood, there will be no mechanism to prioritize these key enablers of success. But once these steps have been taken, the acquirer can define the future organizational structure and maintain compliance for the integrated organization. This not only ensures business continuity during the closing process and integration but also enables the acquirer to take advantage of the target’s value as rapidly as possible post-close.

If the purpose of an acquisition is to obtain capabilities, then retaining talent and preserving the target’s cultural enablers are vital to success. Once the operating model and integration plan are clearly defined, the company can analyze the portfolio to identify the key projects and risks it needs to address. With this information, senior management can prioritize staff it wishes to retain and design retention packages. The goal is to engage quickly with key executives, scientists, and other personnel at the acquired company and find out what it will take to retain them. Keeping such people in limbo, waiting to know what their roles will be in the new organization, is a recipe for losing talent. Human resources should structure the talent assessment and retention program, but line leaders must make the decisions.

4. Take a cross-functional, centrally governed approach to the integration.

Small and midsize deals require synchronized actions, taken as rapidly as possible, just like mega deals do. With this in mind, acquirers should set up an integration management office (IMO) with clear objectives to ensure robust, rapid decision making across functions and markets. (See the sidebar, “Setting Up an IMO to Preserve Deal Value.”) The acquirer should integrate the IMO and the deal team as soon as possible so that value levers are understood and aligned before the integration strategy is defined.

An IMO also helps keep senior leaders engaged and making the necessary decisions about sequence and timing, rather than delaying until the deal closes. The CEO of the acquiring company should serve on the integration steering committee; senior management should decide early who will lead the acquired company and place that person at the center of the integration process.

5.Ensure readiness on Day One while maintaining a focus on value.

There is a fairly narrow set of legally mandated requirements for Day One, and of course not all potential integration activities can occur on that first day. Nevertheless, business continuity and the ability to accelerate the transaction’s anticipated value depend on broad Day One readiness. Pre-close planning should focus not only on Day One requirements, but also on how the new operating model, talent retention, integration approach, and growth-oriented mindset will allow the company to rapidly realize the transaction’s value.

Having spent $3 billion or more of shareholders’ capital on small or midsize biopharma acquisitions, acquirers need to plan their integrations carefully, with a tight focus on value drivers.

That means dispelling the myths that delay decision making and destroy value.

With a robust, cross-functional approach, acquirers can address key questions and make their integrations a success.

The extra value it generates will far exceed the extra effort involved.

APPENDIX —SETTING UP AN IMO TO PRESERVE DEAL VALUE

We worked with a top-ten global biopharma company that acquired an $11 billion company to support its oncology pipeline and improve its leadership position. The target was a relatively small US company (fewer than 400 employees) with a “small biotech” culture. It was involved in discovery, development, and commercialization of small-molecule oncology products and had a strong pipeline, including more than ten active development programs, and rapidly growing revenue of more than $100 million.

The acquirer wanted to preserve the target’s capabilities and allow it to grow with relative independence after the acquisition. It also wanted to support the target’s global expansion and achieve significant revenue synergies. To that end, the acquirer set different levels of integration for each function, depending on its connection to specific value drivers, such as growth and capability sharing. Also, given the target’s tightly knit culture, the acquirer knew it needed to manage communication and talent retention efforts carefully.

To support the integration planning effort, BCG set up a central IMO that focused on four critical tasks:

This carefully planned approach to the integration allowed the acquirer to preserve the target’s culture and R&D operations while realizing the revenue and cost synergies that justified the valuation.

Boston Consulting Group partners with leaders in business and society to tackle their most important challenges and capture their greatest opportunities. BCG was the pioneer in business strategy when it was founded in 1963. Today, we work closely with clients to embrace a transformational approach aimed at benefiting all stakeholders-empowering organizations to grow, build sustainable competitive advantage, and drive positive societal impact.

Our diverse, global teams bring deep industry and functional expertise and a range of perspectives that question the status quo and spark change. BCG delivers solutions through leading-edge management consulting, technology and design, and corporate and digital ventures. We work in a uniquely collaborative model across the firm and throughout all levels of the client organization, fueled by the goal of helping our clients thrive and enabling them to make the world a better place. 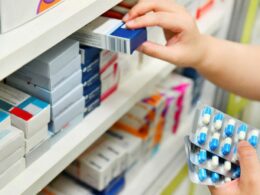 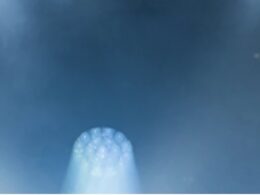 How AI Helped Get the Right Treatment to Cancer Patients 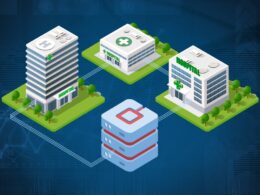 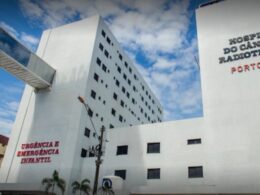 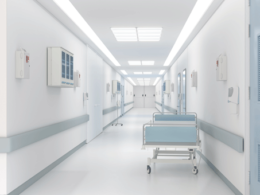 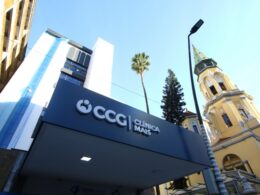 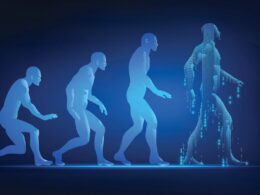 Why digital transformations are lagging

This is an excerpt from the article with the title above, by the author below, focusing on the…
byJoaquim Cardoso 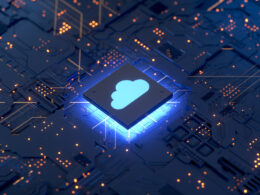 MediumPranay AhlawatJanuary 24, 2022 Today, as the speed of innovation accelerates, building market-winning products is no longer a…
byJoaquim Cardoso