How to optimize the administration of intensive insulin treatment, to adults Type 1 Diabetes — [Comparison of three insulin bolus calculators]

This is a republication of the paper below, with the title above.

Introduction by the author the paper

The Brazilian Type 1 Study Group (BrazDiab1SG), a multicenter study carried out in 20 public care centers reported that only 10% of Type 1 Diabetes (T1D) participants achieved glycated hemoglobin (A1c) within the target (< 7%), with the national A1c average in these patients being 9.1% [1].

Several factors related to poor glycemic control of these participants are educational level, economic status, age, duration of T1D, adherence to the dietary plan, number and frequency of hypoglycemia, difficult to access a specialized care, the inputs for daily minimum blood glucose measures, among other [2, 3].

Beside this, it had been shown that regardless of treatment insulin schedule 31% of Brazilian T1D people were also overweight, what might potentially increase of insulin resistance [4].

Optimizing postprandial glucose control is known to aid in the reduction of A1c, hypoglycemia risk, glycemic variability, and weight gain [5, 6].

Specifically, in T1D, where the endogenous insulin secretion is absent or very low, the good glycemic control depends on rapid insulin bolus.

In this way, today, several tactics have been proposed to optimize these insulin boluses [7,8,9,10].

Moreover, performing a complex insulin bolus calculation in according to blood glucose (BG) level, meal ingestion, past and present physical activities and target limits goals need to be considerate and could be collaborated to fail in this task.

Also, fear of hypoglycemia is one of the main factors that hinders the issue of insulin bolus, partially because manual calculation increases its risk [12, 13].

By comparing manual and automated methods to calculate insulin boluses to cover all these factors in people with T1D, a study revealed an approximately tenfold higher error rate for manual than automated insulin boluses.

Therefore, most individuals felt more confident (83%) and preferred (87%) to use the automated method for calculating insulin boluses [14].

Insulin bolus calculators, come together to CSIIs systems, however, it uses still restricted to a 7% of Brazilian T1D population, due to their high cost [2, 15].

Insulin bolus calculators, come together to CSIIs systems, however, it uses still restricted to a 7% of Brazilian T1D population, due to their high cost

Beside they have insulin free of charge from by Brazilian Public Health System, many have low adherence to treatment, about self-monitoring of blood glucose (SMBG) and meal insulin bolus administration.

Justifications to this behavior are many, as lack of inputs provided by public agencies, lack of time, irregular mealtimes, forgetting insulin bolus doses, or pain at the site of both the SMBG and the subcutaneous insulin infusion.

These became more complex and frustrating when we relate it to Brazilian socioeconomic conditions.

Hence, it is pertinent to explore the insulin bolus calculators, possible to use in a T1D population with poorly glycemic control assisted in a public health service to optimize MDI therapy.

GLIC ®APP: suggested insulin dose is based on an algorithm that considers the input of multiple variables, such as: sensitivity factors, carbohydrate-insulin ratio and fat-insulin, blood glucose value and targets, residual or active insulin, food intake (carbohydrates, fat, and other macronutrients).

Time in Range (TIR) was percentage of time of capillary glycemic values between 70 and 180 mg/dL, extracted from glucometers upload.

Glycemic targets for adjusting insulin doses in basal-bolus therapies were in according to ADA orientations, such as fasting and pre-prandial glycemia between 70 to 130 mg/dL and 2 h after meals < 180 mg/dL, respectively [ 18].

Patients were asked to attend diabetes clinic at Visit one (basal), Visit 2 (3 months) and Visit 3 (6 months) of follow-up.

When necessary, phone calls completed the presential appointment. Fasting and post prandial glycemia was reassessed at each visit (Basal, 3 and 6 months).

Diet adherence was defined as following at least 80% of the reported diet.

Compliance with the intervention device was confirmed by the upload of insertion data of four capillary blood glucose per day and grams of carbohydrates into the GLIC app https://gliconline.net/entrar and the Combo Accu-Chek Smart Pix®-Roche®20.

Were considered adherence use of the intervention device during all the study time considering on uploaded data during appointment the detection of at least 3 capillary glucose measured by day.

The use of two different technologies (GLIC®) and Smart control glucometer (COMBO®) as a bolus calculator (> 3 capillary blood glucose measures a day) significantly increased TIR and reduced A1c without increasing hypoglycemia prevalence in a group of adults T1D with poor glycemic control from a Public Diabetes Care Center.

After 6 months of intervention during follow-up TIR increased in 9.42% in COMBO® group and 8.39% increase in the GLIC® group.

Beside of these TIRs still far from the minimum goal of TIR propose to a good glycemic control (> 70%) it was like TIR found in the DCCT participants were also using SMBG (41 ± 16%).

The increase in TIR got in the COMBO® and GLIC® groups (9.4 and 8.4% respectively) was near to 10% that was shown to be sufficient to reduce the risk to diabetic retinopathy and microalbuminuria [21].

Recently these data was confirmed by the International Consensus for Continuous Monitoring where was demonstrated that 5% increase in TIR contributes to reduce chronic diabetic complications, so an increase of almost 9% in TIR in our intervention groups has potentially a clinical impact to reduce diabetes complications [22].

Recently these data was confirmed by the International Consensus for Continuous Monitoring where was demonstrated that 5% increase in TIR contributes to reduce chronic diabetic complications, so an increase of almost 9% in TIR in our intervention groups has potentially a clinical impact to reduce diabetes complications

Glycemic variability (GV), referring to oscillations in blood glucose levels, is usually defined by the measurement of fluctuations of glucose or other related parameters of glucose homeostasis over a given interval of time (i.e., within a day, between days or long term).

GV is considered independent risk factors for diabetes-related complications related to possible vascular damage due to excessive glucose fluctuations and an increased risk of hypoglycaemia, and can be better evaluated using Mean Glycemia, standard deviation and its coefficient of variation (CV = AG/SD × 100). [23]

Both Daily or Between Days short-term or long-term glycemic variability (A1c) should be considered independent risk factors for diabetes-related complications like an increased risk of a major cardiovascular diseases, diabetic retinopathy, sensory neuropathy, diabetic nephropathy, predisposes symptoms of depression and association with decline in cognitive function.

Both Daily or Between Days short-term or long-term glycemic variability (A1c) should be considered independent risk factors for diabetes-related complications like: (1) an increased risk of a major cardiovascular diseases, (2) diabetic retinopathy, (3) sensory neuropathy, (4) diabetic nephropathy, (5) predisposes symptoms of depression and (6) association with decline in cognitive function.

It has also been associated with an increased risk of mortality in diabetic population. [24]

It has also been associated with an increased risk of mortality in diabetic population.

This could be a result of less adherence to the GLIC® applied, probably due to various steps to reach final insulin bolus calculation.

Nevertheless, a meta-analysis that evaluated the effectiveness of cell phone application in diabetes management and storage and collection of data for healthcare team analysis revealed a 0.44% decrease in A1c [25].

This systematic review and meta-analysis of efficacy of mobile APPs to support care of people with diabetes, confirmed that A1c could be improved when it strengthens the perception of self-care and allow remote access to health care professional, but an important characteristic measured in these studies was participants education degree and the ability in adopting new technologies [25].

In addition, a recent Brazilian study carried out with a group of adults with T1D or latent autoimmune diabetes of adult (LADA), undergoing treatment with MDI plus carbohydrate counts or MDI plus fixed doses of insulin compared to CSII also observed that using SMBG device connected to a cell phone application contributed to better glycemic control and increased adherence to tasks of self-care [26].

Specifically in relation to A1c reduction (1.08%) in COMBO® group those might reflect better insulin treatment adherence with this device.

This result on A1c was better than it was found by the ABACUS study (reduction of 0.7% in A1c) when evaluating T1D that used the Accu-Check Aviva Expert BG meter® bolus calculator that resembles the COMBO® device use in our study [12].

Comparation between CSII and GLIC® groups shown that there was insulin dose bolus reduction in the GLIC® group (3.3%) while there was an increase of 7.1% in the CSII group.

This reflects better adherence to bolus in the CSII group due to easiness of self-explanatory management of the device determining the exact basal and bolus dose in the profile while GLIC® device depends on data entry, which is often inputted irregularly.

The reduction in basal/bolus insulin dose ratio in COMBO® group can reflect an optimization of insulin therapy in this group resulting greater A1c reduction.

In our study, all groups used SMBG but is important to comment that better results would have been possible if continuous glucose monitoring system (CGMS) were used, as demonstrated by COMISAIR study were CGMS impacted glycemic outcomes more than insulin delivery method, CSII or MDI [29].

Of note, there was a high frequency of participants drop out due to socioeconomic conditions, such as difficulty in maintaining internet or cell phone data.

Another limitation was we did not evaluate our participant’s education level because results favoring intervention groups might have been better if they had more scholar education degree.

The GLIC® bolus calculators were performed after the insertion of blood glucose measured by a glucometer provided by the SUS but sometimes, they were measured but not inserted in the APP.

In addition, both COMBO device bolus calculator and the GLIC® used SMBG instead of CGM, which made it difficult to assess hypoglycemia.

However, it reflects real-life challenge faced by most of T1D Brazilian population who do not have access to CGM [30, 31].

People with T1D still struggle to attain ideal glycemic control and avoid long-term complications despite these advancements in diabetes technology and diabetes education.

The major cause of this can be attributed to the huge number of variables that influence the glucose control and must be considered when determining how much insulin is required for a meal.

Some factors were not studied in this paper as low education level, smoking, living alone, exercising infrequently, nutrition factors which include low intake of fruit and vegetables, use of caffeine, alcohol consumption, biological or pathologic factors as menstruation, and celiac disease [32].

Finally, it is worth considered that this study was done during Covid-19 pandemic which made difficult to patients attend all presential appointment.

This study demonstrated that administration of intensive insulin treatment to poor glycemic control (A1c > 8.5%) T1D adults from public health system, can be optimized (reduction in A1c and an increase in TIR without an increase in hypoglycemia), using bolus calculators by intelligent glucometer (COMBO®) or mobile APP (GLIC®) became its like CSII users.

Thus, the facilitators in basal/bolus insulin therapy associated to seek guidance from professionals trained in diabetes education should be used to overcome personal and general difficulties found in a health system of developing countries to achieve better glycemic control and potentially collaborate to reduce the precocious diabetes chronic complications frequently found in these patients.

Originally published at https://dmsjournal.biomedcentral.com on September 13, 2022. 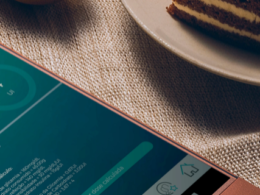 What will your healthcare look like in 2030? Just ask my daughter

One in three of us lives with a chronic disease, just like my daughter Kim, who has type…
byJoaquim Cardoso 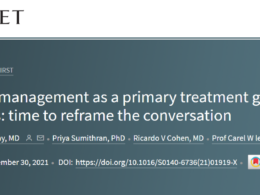 Obesity management as a primary treatment goal for type 2 diabetes: time to reframe the conversation 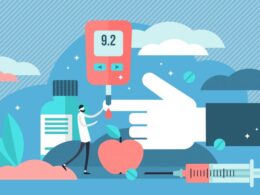 What is “therapeutic inertia” in diabetes, identified in the BINDER study in Brazil? (BrazIliaN Type 1 & 2 DiabetEs Disease Registry)

This is a republication of the paper below, with the title above, in order to answer the question…
byJoaquim Cardoso 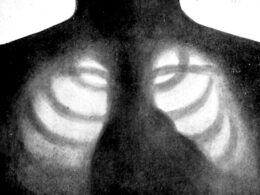 First autonomous X-ray-analyzing AI is cleared in the EU

The AI imaging tool reads chest X-rays without the involvement of a radiologist The VergeNicole WetsmanApr 5, 2022Photo…
byJoaquim Cardoso 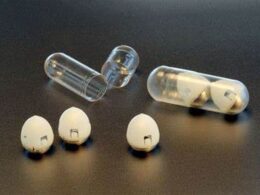 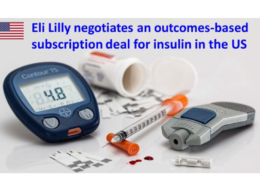 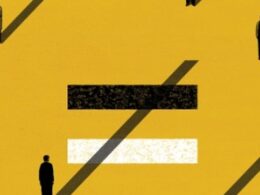 Not All Patients With Diabetes Are Treated Equally

For those living with type 2 diabetes, care and health outcomes can vary widely between racial, ethnic and…
byJoaquim Cardoso 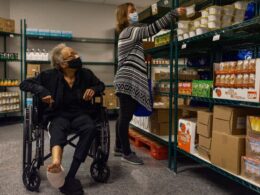