By 2050, drug-resistant infections could cause global economic damage on par with 2008 financial crisis (World Bank, 2016)

Drug-resistant infections have the potential to cause a level of economic damage similar to-and likely worse than-that caused by the 2008 financial crisis, according to a new report (2016) by the World Bank Group entitled “Drug Resistant Infections: A Threat to Our Economic Future.”

The research shows that a high-case scenario of antimicrobial resistance (AMR)-where antibiotics and other antimicrobial dugs no longer treat infections the way they are supposed to-could cause low-income countries to lose more than 5% of their GDP and push up to 28 million people, mostly in developing countries, into poverty by 2050.

And unlike the financial crisis of 2008, there would be no prospects for a cyclical recovery in the medium term, as the costly impact of AMR would persist.

… a high-case scenario of antimicrobial resistance (AMR)-where antibiotics and other antimicrobial dugs no longer treat infections the way they are supposed to-could cause low-income countries to lose more than 5% of their GDP and push up to 28 million people, mostly in developing countries, into poverty by 2050.

“ The scale and nature of this economic threat could wipe out hard-fought development gains and take us away from our goals of ending extreme poverty and boosting shared prosperity,” said Jim Yong Kim, President of the World Bank Group.

“ The cost of inaction is unaffordable-especially for the poorest countries. We must urgently change course to avert this potential crisis.”

Key findings of the report are based on World Bank Group projections of the world economy in 2017–2050.

Drug-resistant infections, in both humans and animals, are on the rise globally.

If AMR spreads unchecked, many infectious diseases will again be untreatable, reversing a century of progress in public health. The United Nations has scheduled a day-long special session on AMR as part of the UN General Assembly in New York this week, only the fourth time that health is being highlighted in this way.

“ We now know that-unless addressed swiftly and seriously and on a sustained basis-the growing global problem of antibiotic resistance will be disastrous for human and animal health, food production and global economies.

The fact that, left unchecked, it would penalize the poor more than anyone, makes clear why this needs to be addressed as a critical issue for development.

As heads of state come together at the UN General Assembly high-level meeting on antimicrobial resistance this week, this should be front of mind,” said Margaret Chan, Director-General of the World Health Organization (WHO).

Several recent reports on AMR, including the most recent one by Lord Jim O’Neill’s independent policy review, have called for an urgent focus on this issue and highlighted the enormous global economic losses it can cause-it estimated about $100 trillion in total by 2050.

“ This report provides another timely reminder that rising drug resistance is a looming threat to our prosperity and sustained economic development in all parts of the world. As global leaders meet at the UN this week, I hope that this report will help to harden their resolve to take proper, collaborative action on the many challenges of AMR.”

The report outlines the crises in the human and veterinary public health sectors and in the environment, where capacity for regulating antimicrobials is insufficient in many countries, where misuse and overuse of antibiotics is an issue for some while access remains difficult for many.

There is insufficient investment in building strong public health systems, including surveillance and monitoring, that can reduce risk at the interface between humans, animals and their environment.

The report recommends both AMR-sensitive and AMR-specific solutions to address the crisis. 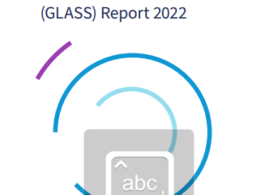 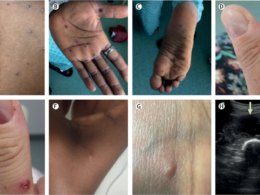 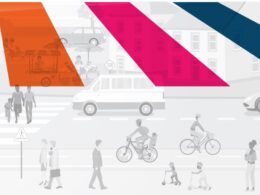 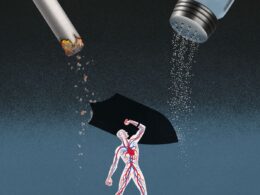 Stopping a Pandemic Deadlier Than Covid

Every year, cardiovascular disease kills twice as many people, at a younger average age, as Covid has at…
byJoaquim Cardoso 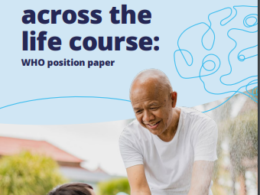 ~9 million people die each year from neurological disorders (the 2nd leading cause) — which include stroke, migraines, dementia and meningitis. 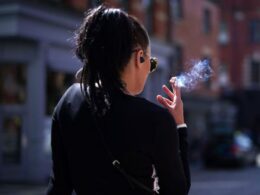 Smoking age in England should rise each year, ro reach smoke-free by 2030

This is a republication of the article below, with the title above. The second part of this post,…
byJoaquim Cardoso 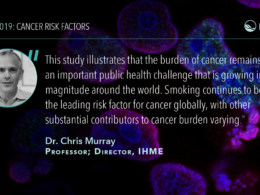 Almost half of global cancer deaths are due to risk factors — smoking, alcohol use, and high BMI the greatest contributors 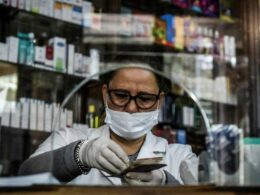 Greater access to antibiotics is essential for curbing drug resistance