New U.S. Cases Have Fallen Off a Cliff

Pretty much all my colleagues who work with me on this newsletter agree on one thing: it’s getting harder and harder to find stories to bring you on a daily basis. In part, that’s a reflection of how the news business works: you can’t spell “news” without “new,” and there’s not a ton that’s new about the pandemic right now-at least not in the U.S. But it’s also one more sign that the outbreak is starting to fade not just from the headlines, but from the core of our lives. I certainly have been feeling that way. This past weekend was one of my most “normal” in a long time; the only times I even had to wear a mask was for quick trips to a grocery store and a park bathroom.

COVID-19 is, of course, still a threat, certainly in many places outside the U.S., but even here-251 people died of it in the U.S. yesterday, and nearly 5,400 were infected (and it was a Sunday, when the numbers are usually lower because fewer people are getting tested). In part, those numbers may feel small because over the past year many of us have become numb to daily body counts in the tens of thousands. But those of us who increasingly feel like the pandemic is close to over have a friend in the data: the number of new daily cases per 100,000 residents in the U.S. is currently about 1.64; that figure hasn’t been this low since March 2020.

Deaths, too, are plummeting.

These trends might feel like an echo of last summer’s temporary lulls if not for the U.S. mass vaccination campaign, which offers hope that this time, they are permanent. About half of the total population has at least one dose so far; that percentage rises to 63.5% for those 18 and over. My editor loathes the term “hot vax summer,” but it’s only because of these safe and highly effective shots that the next couple months are shaping up as a giant nationwide post-pandemic celebration.

While the national U.S. vaccination rate is looking good, some states are doing a much better job than others. On an even more local level, socially vulnerable counties-especially those in rural areas-are also getting left behind, as my colleague Tara Law recently reported. The pandemic continues to rage abroad amid a lack of global vaccine supply, and an ember from any one of those proverbial wildfires, in the form of a more transmissible variant, could spark a new outbreak here in the U.S. But as it stands, I feel more confident than ever that we’ll soon reach the time at which we stop sending this newsletter, at least as often as we’re doing now. And that’s a very good thing.

About 371.5 million doses of the COVID-19 vaccine have been shipped to various U.S. states as of Sunday afternoon, of which 301.6 million doses have been administered thus far, according to TIME’s vaccine tracker. About 41.9% of Americans have been completely vaccinated.

A new type of shot called a “protein subunit vaccine” could be ready for use in the coming months, NPR reports. Unlike the Pfizer-BioNTech, Moderna and Janssen/Johnson & Johnson vaccines, which trigger an immune response by teaching the body to produce the coronavirus spike protein, protein subunit vaccines actually include the spike protein, along with an immune-boosting component. The spike protein-a key component in the infection process-is harmless on its own, but teaching the immune system to ward it off prepares the body to fight off the actual virus.

Will vaccinated people need a booster shot, and if so, when will that happen? It’s not yet totally clear, but some prominent voices-like former U.S. Food and Drug Administration chief Dr. Scott Gottlieb-say it’s looking like at least some of us will need a re-up sometime this autumn. “I think as we get into the fall, we’re going to have to look at giving, especially the vulnerable population, boosters,” he said in a CNBC appearance today.

Here’s how the world as a whole is currently trending:

Here’s where daily cases have risen or fallen over the last 14 days, shown in confirmed cases per 100,000 residents:

And here is every country with over 3 million confirmed cases:

India’s federal government is taking over parts of the vaccine rollout that were previously under state control, Reuters reports. The change will have at least two immediate effects: the shot will now be free for all Indian adults (most of those 18–45 formerly had to pay a fee), and Indian states will no longer need to compete with one another to secure doses from pharmaceutical companies. The move is intended to speed up the country’s lackluster vaccination campaign, which has so far resulted in just 6% of the country’s approximately 1.3 billion people inoculated.

Further illustrating the coronavirus’ global threat, Uganda is back under lockdown for about a month and a half starting today as cases spike there-particularly among young people, Reuters reports. All schools and public markets are closed and travel is being limited, among other measures. The East African country is reporting about 2.3 daily new cases per 100,000 residents, its highest-ever rate.

The Situation in the U.S.

Here’s how the country as a whole is currently trending:

Here’s where daily cases have risen or fallen over the last 14 days, shown in confirmed cases per 100,000 residents:

New York City, which was ravaged by COVID-19 when the U.S. outbreak began in early 2020, plans to host a massive celebratory re-opening concert in Central Park this August, the New York Times reports. The details are still being worked out, but organizers hope to have world-class acts and at least 60,000 attendees. The show is meant as the centerpiece of a weeklong celebration, per mayor Bill de Blasio. “It’s going to be an amazing lineup,” he told the Times. “The whole week is going to be like nothing you’ve ever seen before in New York City.”

Forgive me for sounding like a broken record on this one, but: a pandemic-era record number of people-1.98 million-once again passed through Transportation Security Administration checkpoints yesterday. That’s the highest number since early March of 2020, even beating out the recent Memorial Day weekend. However, it’s still down from the same date in June of 2019, when nearly 2.7 million people passed through those checkpoints.

All numbers unless otherwise specified are from the Johns Hopkins University Center for Systems Science and Engineering, and are accurate as of June 7, 1 a.m. E.T. To see larger, interactive versions of these maps and charts, click here. 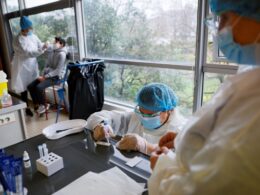 Rapid coronavirus tests: a guide for the perplexed

COVID-19 Case Investigation and Contact Tracing in the US, 2020 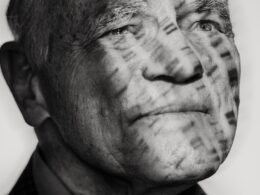 After nearly three decades of proselytizing, Lee Hood believes the pandemic may finally enable his vision of personalized,…
byJoaquim Cardoso 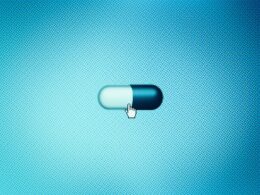 What the Pandemic Means for Health Care’s Digital Transformation 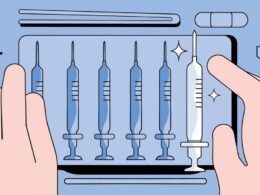 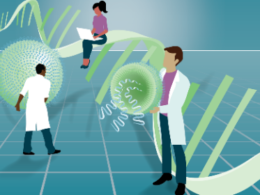 Healthcare in global crisis: preparations needed during the COVID-19 pandemic 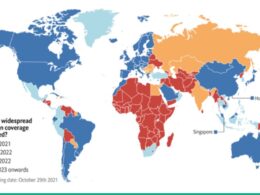 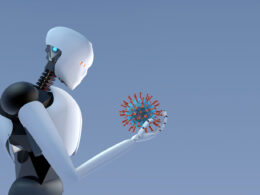 How has AI Contributed to Dealing with the COVID-19 Pandemic?

Image Credit: Getty Images The Gradient Maxime Nauwynck May 24, 2021 The calendar reads May, 2021. Although there…
byJoaquim Cardoso